Home Home | News & Events | “A lot of people probably thought that I worked hard to get the award, but once I received it, I would stop. Now I have a lot more cases” 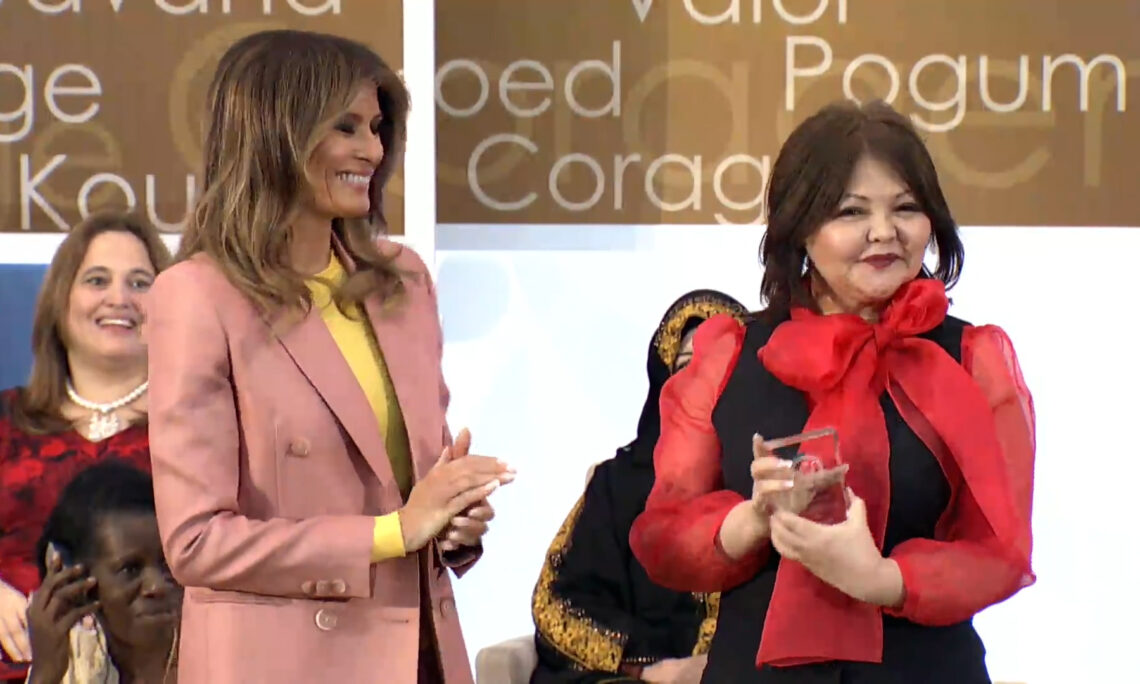 “A lot of people probably thought that I worked hard to get the award, but once I received it, I would stop. Now I have a lot more cases” –Aiman Umarova said about receiving the International Woman of Courage Award

-How did your visit to the United States affect you? Many say their training programs have changed them a lot.

Both programs are powerful and excellent. In the first IVLP program, I was the only woman from Kazakhstan. They needed a woman who deals with the issue of terrorism and extremism. There were representatives from 25 countries and we visited several cities, including Washington and others. I was very pleased. You know, they know how to organize everything so much – it’s just a first-class performance. There is not a single minute of empty chatter, as sometimes happens at our conferences, where non-professionals are also invited to speak just because they are someone’s acquaintance. And in the USA professionals are appreciated and I really like it.

A lot of people probably thought that I worked hard to get the award, but once I received it, I would stop.

-In 2018, you received the “International Woman of Courage” award. How did that affect your further endeavors? Has the stimulus increased?

A lot of people probably thought that I worked hard to get the award, but once I received it, I would stop. Now I have a lot more cases and things are much more complicated. By the way, I still continue to advise people who have arrived from abroad who do not know their rights and are faced with legal problems here. As for the complexity of the cases, they are actually quite serious. For example, violence against a transgender woman or a police officer who raped a student. I am glad that we have decriminalized Article 130 of the “Libel” Criminal Code. This was my proposal and the President supported it.

The second was held in the state of North Carolina after I received my award in 2018. Even the governor received us there. We met with the public and deputies. We were treated like heroines. Even at home we did not receive such welcome. They asked me what I wanted to see, and they were very surprised when I replied that I would like to see the women’s prison. Can you imagine, I sat for two hours and asked questions. Everything was so interesting to me that some even thought that I was some kind of reviewer. I am very grateful to all those who told me the details of the American correctional system.

Try to interact with everyone and make friends. Even a little piece of advice may go a long way.

– What recommendations would you give to future exchange program participants?

For those who are going to take part in this exchange program, I recommend that you understand that you need to go to the United States not only for knowledge. These are exchange programs and that is why you must be ready to show and tell something too. It is advisable to know statistics that may not be directly related to your work, but span various topics. If you know English, you need to communicate in English. And, most importantly, try to interact with everyone, make friends. Even a little piece of advice can go a long way. Take notes, take pictures, do not refuse meetings.

– You have many different projects, cases, trials. How do you manage to keep up with everything, where do you get your strength?

I draw strength in a fit of inspiration or despair. This happens several times every day, because several processes a day take place. Precedents also happen, so here’s the inspiration to do something else useful. I would like to once again express my gratitude to the American Embassy for their support in the creation of my online school.

– Your law school is supported by the US Embassy. How and when did the idea of its creation come about?

The idea appeared back in 2015-2016. All this time I was thinking about how to implement it and, finally, last year everything worked out. Aiman Umarova’s online school started working, but then I thought: what to do next? I decided to change my methods. In February 2020, the head of the Agency for Civil Service Affairs and Anti-Corruption, Alik Shpekbaev, had an idea to create Adal Kumek. I conducted the first consultation in Antikor, for which more than 100 people signed up, and I chose those who really did not have the opportunity to pay, that is, socially vulnerable segments of the population. During one consultation I helped many people — between 50 and 100 people. After I went to Taraz to do something similar there, but there was a pandemic. And then I thought, why not make a live broadcast on social networks? She published a number for messages, and suggested that the answers be voiced live.

– How many Kazakhstanis have you already managed to help within the framework of this school?

Today more than 20,000 people have received consultations, among them persons with disabilities and single mothers. In general, more than two million have watched the broadcasts. By the way, Kassym-Jomart Tokayev marked this project as one of the best by presenting me with a medal. Now we even have e-Gov. Thus, we covered all regions where there is access to the Internet.

– And where there is no internet? There are such areas still found in our vast territory.

I also thought about what to do for those who do not use the Internet. Then I decided to go on television. Now, three times a week, as part of the Tansholpan morning show on the Kazakhstan channel, I conduct legal consultations on the issues that the TV channel received.