Home Home | News & Events | “Nothing is impossible in life”: Bekbolat Izbassarov about studying in the United States 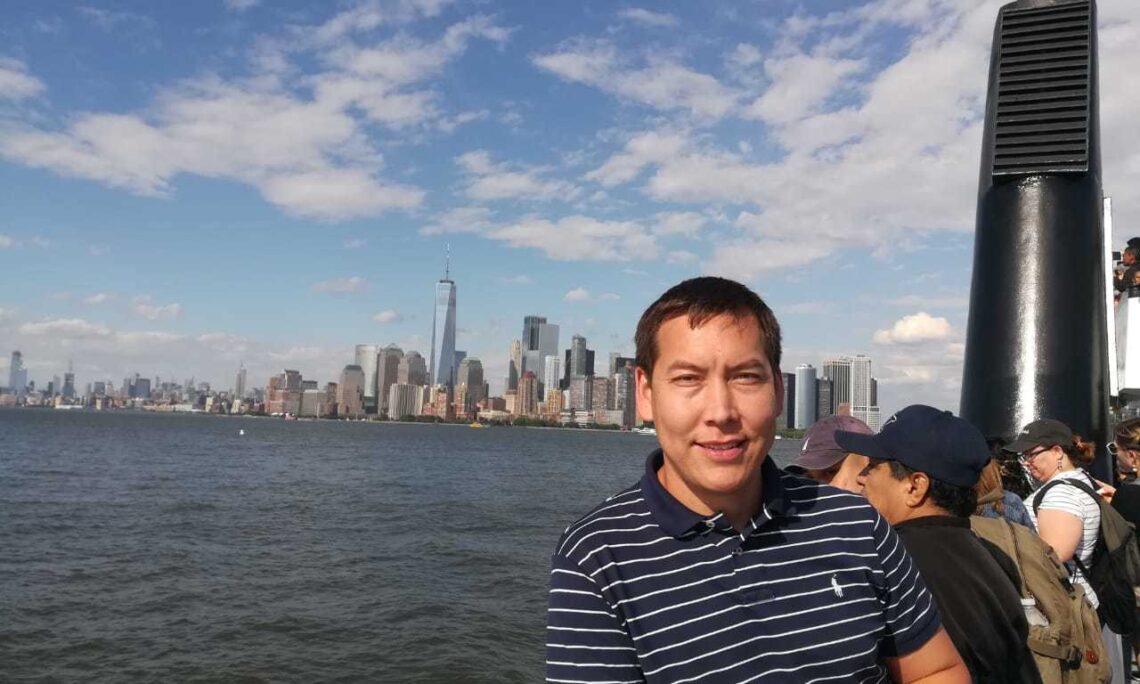 “Nothing is impossible in life”: Bekbolat Izbassarov about studying in the United States

– When and how did you decide to become a member of the program?

– I have always dreamed of studying abroad, especially in the United States. I’ve heard a lot about exchange programs. And while studying at the Higher School of Public Health in Almaty, majoring in “Health Management” in 2011, I met Altyn Oryngazina, the Head of the Department of Public Health, a graduate of the “Fulbright” program. She studied at Columbia University, majoring in Public Health, and spoke about the programs that can be passed. After that, I began to study everything related to this topic in detail. And I found something that I liked. I chose a ten-month Humphrey internship. In 2014, I applied for the first time, passed several stages, reached the final, but was not selected. I was not in despair. This failure made me even more motivated, so I decided that I would continue to try. In 2016, I applied again. This time I managed to become Humphrey fellow. I entered one of the top US universities in Atlanta with a degree in Public Health, Health Management.

– In 2006, I graduated from Aktobe Medical University with a “Doctor-surgeon” degree. After studying in Almaty in 2011, I combined surgery and management. I still couldn’t decide, but I felt that I had to choose and go in one direction: either work as a surgeon, perform operations and improve my skills, or join the administrative sphere. Some people manage to combine both, but I understood that you need to make the final choice. I knew that such programs affect the lives of many participants, and I was no exception. The program provides an opportunity to develop. It is rich in all sorts of events. I made friends in the United States, traveled a lot, and had the opportunity to attend lectures by world-renowned scientists and politicians. There was a meeting with the 39th President of the United States, Jimmy Carter. While studying for the program, I decided to take the direction of public health. Then I made this conclusion for myself: I can be useful to society and I will succeed.

– Time passed quickly. The program was rich in cultural events, we visited many cities, visited different parts of America-from Niagara Falls to the southernmost point of the United States. There was also a reception at the US State Department. We visited the Centers for Disease Control and Prevention in Atlanta, where various scientific studies are being conducted, including on the Ebola virus, and now on COVID – 19. In general, I want to note that the time spent in America changes your life, gives you an incentive to develop.

– What is the most memorable part of that period?

– America is a land of opportunity. And if you have ideas, you can achieve everything, everything is in your hands. Under the terms of the program, each fellow was required to complete a four-week internship in any organization. Before leaving Kazakhstan for the United States, I worked in a university clinic, so I was interested in practicing at one of the universities in the United States. I started looking for a university, and Harvard was the first one.  But they said they couldn’t admit me in. Then I settled on Stanford University. I passed a mini-selection, and I was invited to practice. My classmates could not believe that I would be passing an internship at Stanford University. After all, this is a top university, which is located in Silicon Valley, and it is difficult to enter it. But I managed. And I was once again convinced that nothing is impossible, and everything depends only on you.

– What surprised you the most during the training program?

– A lot. First of all, picturesque nature. No matter what state we are in, there are many beautiful places, greenery, forests, and mountains everywhere. I’ve never seen anything like it. I managed to visit New York, San Francisco, Miami, and Boston. The architecture is very beautiful everywhere. I was surprised by the relations that develop between people and the habit of Americans to smile always and everywhere. Drinking coffee and talking about life with a professor after lectures is a normal practice. I developed a friendly relationship with one of my professors. At first, we corresponded for a long time. He asked me if I had enough money, because the area where the university is located is very expensive. And then he kindly offered his apartment. At first, I was even a little embarrassed because I don’t know him. He met me, brought me to his house, showed me my room, my bicycle. Every day we went to school and back on bicycles, and in the evenings we went to restaurants. I was also surprised that the professor had a dog that had no front paws and was blind. The professor explained that he and his wife saw her as a puppy in the kennel, took pity for it and took it home. Americans have a very developed sense of compassion.

– What conclusions did you draw for yourself after training on arrival in Kazakhstan?

– Nothing is impossible in life. You need to love your work, family, help others and always stay positive. This is how many Americans live and achieve their goals. Therefore, they are one of the developed countries of the world.

– Could you please tell us about the project that you implemented after studying in the United States.

– During my studies, I chose a field – the development of palliative care – this is helping seriously ill people whose end is already close. And the purpose of this assistance is to improve their quality of life. Upon returning from the United States, we won the Alumni Grants Program and implemented it in 2019. We trained our health workers, future doctors, the skills of palliative care. We also worked on the creation of mobile teams, which consist of a general practitioner, a social worker, a psychologist and a nurse. A seriously ill patient, to whom no treatment will give any effect, needs care, bandages, and injections. This is what these mobile teams were created for. Now I also deal with this issue in the framework of work in the regional health department. This year, we have opened palliative beds in every district hospital. If people do not have the opportunity to receive such care at home, then they can get it in the hospital.

– What are you currently doing?

– The main thing is COVID-19 control. Now we are preparing infectious diseases hospitals, deploying backup ones, and monitoring stocks of medicines, personal protective equipment, and medical equipment. There are 16 medical organizations involved in anti-epidemic measures in the region. If the situation worsens, we will prepare additional hospitals. We are also preparing vaccination centers for mass vaccination of the population and mobile medical centers in Aktobe in places of mass congestion – these are shopping centers, and markets. The number one task now is to localize the outbreak of coronavirus infection and to vaccinate against COVID-19 as quickly and effectively as possible.

– You should never despair and give up when facing challenges. You need to try again and again, because a bad experience is also an experience. You need to analyze your actions and try to improve yourself. And it is also important to love what you do.