Home Home | News & Events | “All this is inspiring”: Kirill Ossin on the exchange program and a trip to the USA 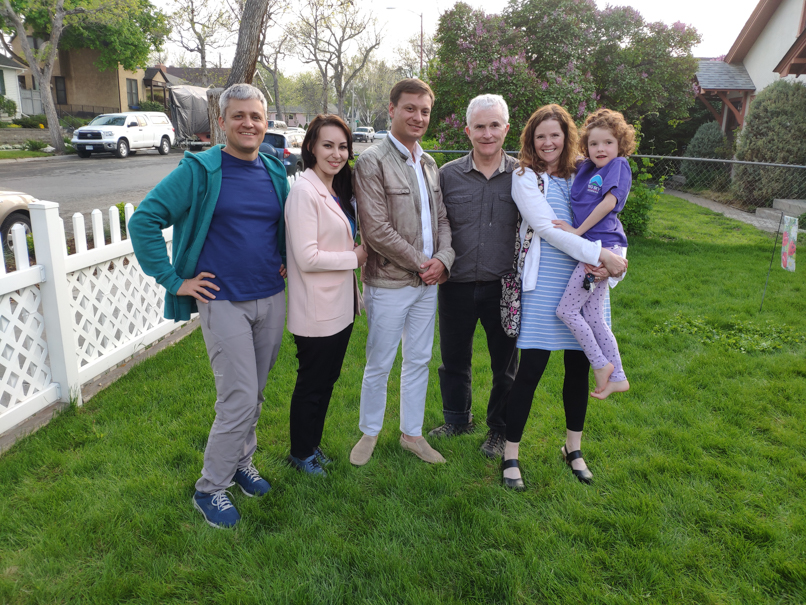 “All this is inspiring”: Kirill Ossin on the exchange program and a trip to the USA

– You became a member of the IVLP program in 2019. Could you tell us more about it?

“I have been working on the topic of ecology, in particular air pollution, for a long time. In 2019, I learned that you can get additional education in the USA under the IVLP program in this area. This is an international program where you can study the economic, social and cultural life of America. Every year, it is held by more than 5,000 leaders from around the world. It is noteworthy that the potential participants of the program are nominated only by the Embassy staff. It was in 2019 that I was nominated for the program by the staff of our US Embassy in Kazakhstan.”

– What area of focus in the field of ecology do you work with?

– We have a project called “Clean Air”. The work is supported by the US Embassy in Kazakhstan and includes interaction with schoolchildren. In addition to the educational components, we have installed sensors for air quality control with a PM of 2.5. These are particles that fly all the time in the air. They do not settle anywhere; neither our mucous membranes, nor the lungs catch them. They enter the bloodstream with all that entails. Most of the country’s population refers to the quality of air in Kazakhstan up to a point; I do not take into account Almaty, where people not only feel, but already see the air, and Temirtau, where black snow falls. But what we breathe is very important. The air is what surrounds us everywhere – at work and at home. It’s not a landfill or a river that can be cleaned up. Being aware of the air quality every day, we can make an effort to protect ourselves and follow some instructions. If I know that the level is increased, then, for example, I will not do sports outside, because it will negatively affect my health.

– Could you tell us more about the project?

– There are four monitoring stations in Aktau, which are owned by Kazhydromet. The information there is updated every two hours. And two stations are manual, the information from which comes much slower. But what should people in the regions do? We constantly receive complaints from two villages. One of them is Zhetybai village, which is 70 km from Aktau, which is surrounded by oil fields. Local residents complain about the air quality. And then there is Shetpe village, which is 180 km from Aktau, surrounded by quarries for the extraction of stone, so it is often covered with dusty clouds. In both areas, there are no representatives of the Department of Ecology to conduct air quality tests. In these villages, we have installed two of our sensors in schools. Why in schools? Firstly, for the safety of the sensors themselves and secondly, for broadcasting on the site www.airkaz.org (Map of air pollution in the cities of Kazakhstan), which was developed by civil activist Pavel Alexandrov. Thus, students have the opportunity to monitor, conduct their own analytical work, and make a comparative analysis. They are interested in doing such scientific work with data. The highlight of our project will be the children’s environmental summit in Kazakhstan, which we plan to hold in April.

– What did you like about the training program in the United States, what conclusions did you draw for yourself?

– We were in the USA for 26 days. The program was so interesting that during this month we were able to visit five states. We met with business representatives, civil society activists, government agencies, and non-profit organizations in the USA. It was a rewarding experience. We managed to find out how the civil monitoring system works. In Kazakhstan, people have a mediocre attitude to air quality, but in the United States, information about this is published in newspapers. We visited different cities. Those were Washington, Los Angeles, and Detroit. It seems to be one country, but each state has its own nuances. It turns out that Los Angeles has stricter environmental laws than any other state. Detroit, a city with economic difficulties, has its own environmental problems – water, poisoning of rivers, mass people intoxication. There is a very high level of civic activism, a powerful journalistic organization. It is a contrasting and interesting city.

– Did you see something there across the ocean that you would definitely like to introduce here, based on the current reality?

– Everything can be done here. On January 2, the President signed a new “Environmental Code”, which will come into force this summer. Important things are also fixed there, just the same on air monitoring, installation of sensors and all this in online mode. So we are slowly moving towards this. There are certain collective changes in our country and this is encouraging. Recently, an Environmental Roadmap was developed, in which our organization also participated. It includes the installation of Kazhydromet‘s own stations in Shetpe and Zhetybay. The map was signed by the akim of the oblast and the Minister of the Environment.

– The most important thing is professional growth. The topic that we started working on here, we managed to study there. We also met new people from different cities and states of America itself. There was also an opportunity to get acquainted with activists from neighboring countries who are engaged in the same issue. Plus, we got acquainted with the culture of America itself. It was all very interesting and useful. I saw how public organizations work there. All this is inspiring. This is the standard of what to strive for and how to build a democracy.

– What unusual things have you learned about the United States?

– For the first time in my life, I saw gas stations for electric cars there. It’s not just one car and an outlet, but dozens of cars are charging. In this regard, they are actively developing everything. I was surprised by the work of the green technologies coworking in Los Angeles. There are whole laboratories where the best of the best gather.

– What surprised you most during the training program?

– Of course, openness, accessibility and informal attitude on the part of US government agencies, whether it is the mayor of Los Angeles or the State Department. People were very happy to sit with us for several hours and tell us how everything works. It’s kind of a free dialogue. It is clear that not everything is perfect, that there are problems. But there they can build dialogues, and conduct discussions. There is openness and accountability. And all because civil society knows that they are taxpayers and have the right to know where their money goes.

– To participate. I have often heard that people doubt their success. They think they won’t pass. Bu no, everything is completely open. And if you are motivated, then everything will work out. It is necessary to state concisely both your vision and your civic position. This is a great opportunity for professional growth. Reading about America on the Internet is one thing, but seeing it with your own eyes is another.