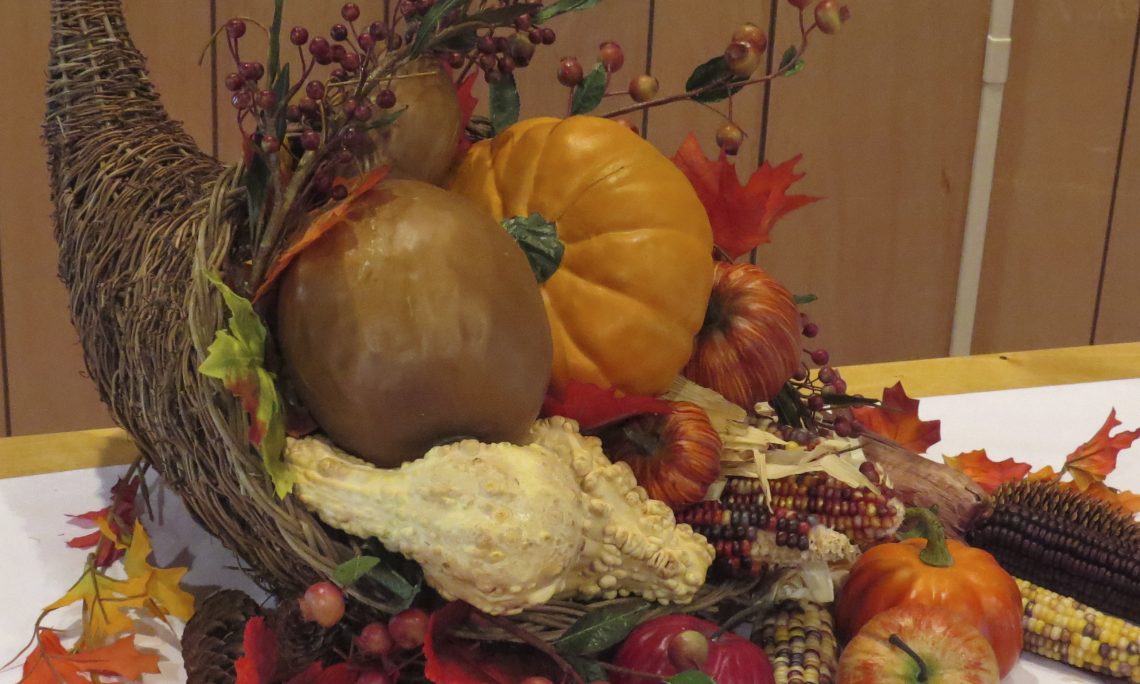 On Thursday, November 24, Americans celebrate Thanksgiving Day.  The history of this celebration goes back to the early days of European colonization of America but was also a tradition of Native Americans as well.  The early colonists of the Plymouth Planation in what became the colony of Massachusetts famously held a feast with the native population in 1621 to give thanks for the first harvest that helped them survive their first harsh winter.  Such harvest feasts became traditions throughout the American colonies.  After independence, our first President George Washington declared Thanksgiving an official holiday.  This  holiday was later proclaimed by President Abraham Lincoln and finally became  law signed by President Franklin Roosevelt in 1941.

Thanksgiving Day is perhaps America’s most popular and revered holiday.  It brings families and communities together usually over a meal to give thanks for all the blessings bestowed on our families, our communities and our country.  For Americans living and serving abroad, the day holds special meaning as a time to think of our loved ones back home.

Most Americans celebrate Thanksgiving Day by preparing a special meal usually consisting of roast turkey, served with hearty root vegetables, potatoes or rice, stuffing, and cranberry sauce.  Pumpkin, apple, and sweet potato pies usually top off the feast.  In recent decades, after the meal, many Americans sit down in front of their television sets to watch their favorite university football teams.

Here in Astana, the American Embassy closes for the holiday.  Embassy families gather together to prepare the Thanksgiving meal and give thanks for being together.  I too will host a Thanksgiving meal for a number of my mission colleagues in my traditional Kazakhstani yurt.  We will give thanks for our families, for our country, and for the people of Kazakhstan who are such generous hosts and partners.  It is a privilege for us to serve in a country of such beauty and promise as Kazakhstan.   Thank you Kazakhstan!   Happy Thanksgiving Day to you all and to your families!