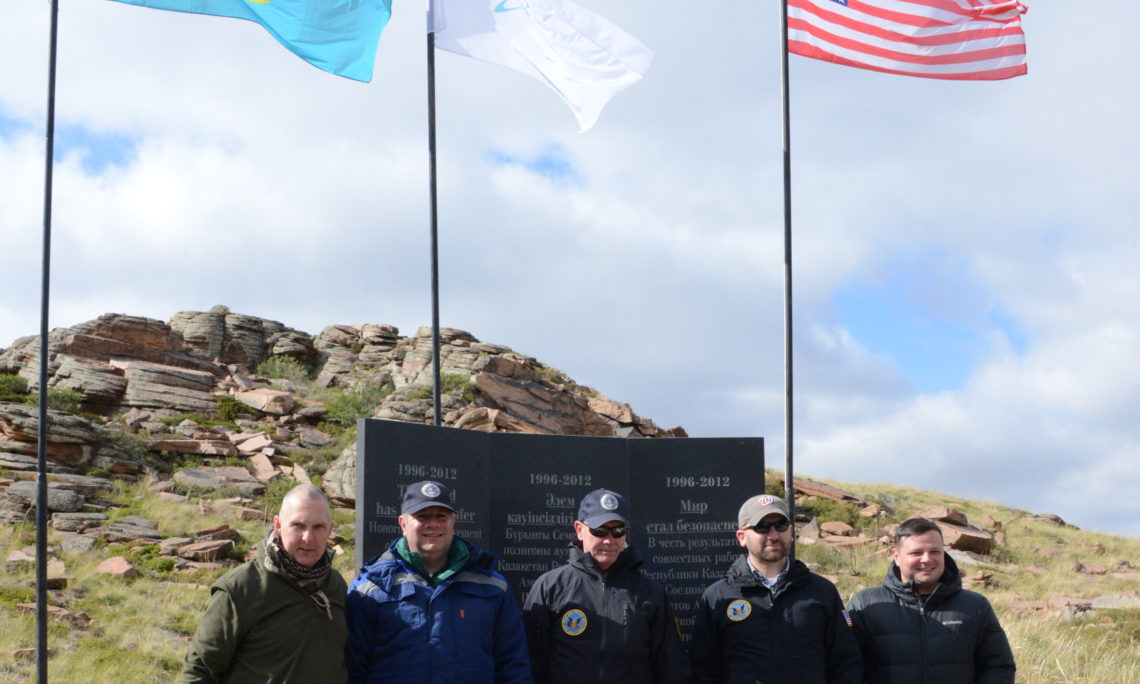 On August 29th we celebrate International Day against Nuclear Testing – a declaration proposed by Kazakhstan and universally adopted by the United Nations in 2009.   Seventy years ago today, the Soviet Union conducted its first nuclear weapons test at the Semipalatinsk Test Site. But even more significantly, it was on this same date in 1991, after 456 nuclear tests, that First President Nursultan Nazarbayev declared the test site closed to further testing —  a bold move by a nascent leader considering that it came four months before Kazakhstan gained its independence. This decision set in motion Nazarbayev’s important non-proliferation legacy.

President Nazarbayev’s commitment to non-proliferation was further enhanced in 1993 when he and Al Gore, Former Vice President of the United States signed the Umbrella Agreement, agreeing to cooperate to reduce the threat of nuclear proliferation.  Last year the United States and Kazakhstan commemorated the 25th anniversary of that monumental agreement with ceremonies at the National Nuclear Center in Kurchatov, as well as the Defense Threat Reduction Agency’s (DTRA) headquarters in Fort Belvoir, Virginia.  Proving the importance of the continuing partnership between the United States and Kazakhstan on the issue of non-proliferation, U.S. Ambassador to Kazakhstan William Moser visited the Semipalatinsk Test Site in May, a priority for his first 100 days in country.  During this visit, Ambassador Moser witnessed the 25 years of close bilateral collaboration at the test site. One of the many projects he visited was at Degelen Mountain where the United States collaborated with the Government of Kazakhstan to seal 181 tunnels that had been used for nuclear testing.  Realizing that recoverable nuclear material was at risk, Ambassador Moser commented, “The stakes of not sealing the tunnels were way too high.” DTRA Director Vayl Oxford joined Ambassador Moser on his visit to the 7,000 square mile polygon. After their joint visit he commented, “We’ve secured material that could have created dozens of nuclear weapons.  It’s great to see the decades of effort DTRA has put into securing weapons of mass destruction in the region.”

The extensive collaboration between the United States and Kazakhstan at the Semipalatinsk Test Site has not only cemented President Nazarbayev’s legacy as a global leader in non-proliferation,  but more importantly, has made the world a safer place. The United States is proud of its partnership with Kazakhstan on the issue of non-proliferation, and it looks forward to continuing this important work in the future.