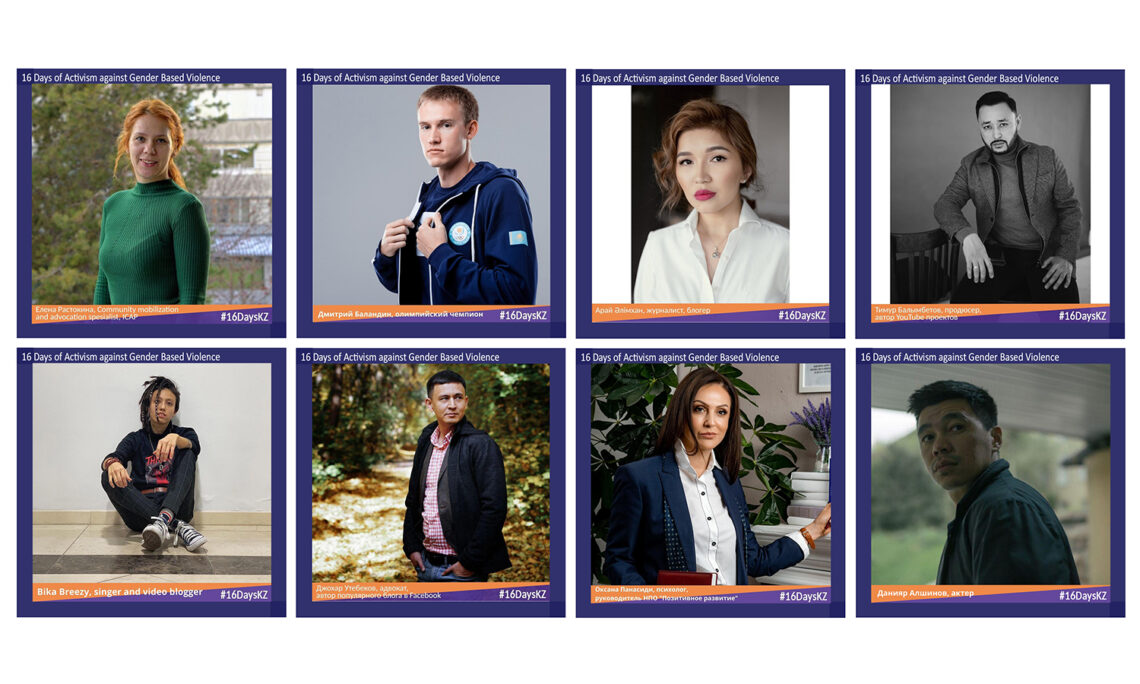 For the second year in a row, the United States diplomatic mission to Kazakhstan took part in the 16 Days of Activism Against Gender-Based Violence, an annual international initiative launched by the United Nations to draw attention to the problem of violence against women and girls. Every year the campaign begins on November 25, the International Day for the Elimination of Violence against Women, and ends on December 10, Human Rights Day.

“Together, we can achieve a world where women and girls have the resources and opportunities to reach their full potential, live free from violence, and, of course, live their dreams,” said U.S. Ambassador to Kazakhstan William Moser in a joint video statement by the United Nations, the European Union, OSCE, and foreign Diplomatic Missions in Kazakhstan.

This year, the Mission’s campaign attracted 20 influential participants, including Kazakhstan’s Human Rights Ombudswoman Elvira Azimova, the head of the non-governmental organization Rodnik NGO and the State Department’s 2020 Trafficking in Persons Report Hero Nina Balabayeva, Olympic champions Olga Rypakova and Dmitriy Balandin, journalist and TV host Dinara Satzhan, as well as lawyers, journalists, media personalities, activists and  advocates, each of whom supports the fight to end gender-based violence. The Mission hopes that the campaign will encourage people in Kazakhstan to actively speak out against gender-based violence and help make a step towards a more inclusive and just society.

Throughout the campaign, the Embassy in Nur-Sultan lit up its building in orange in solidarity with the UN Secretary-General’s UNiTE by 2030 to End Violence against Women campaign under the global 2020 theme, “Orange the World: Fund, Respond, Prevent, Collect!”.