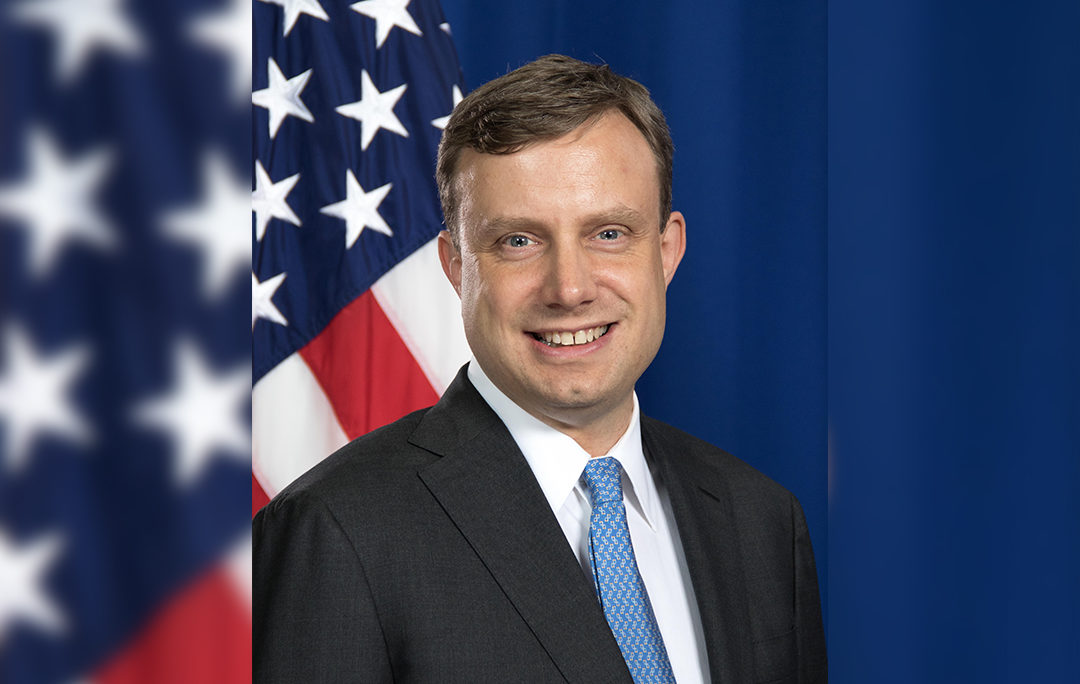 ALMATY, 3 October – The U.S. Consulate General is pleased to announce the arrival of Mr. Eric Meyer, the new Consul General of the United States of America in Almaty.  Consul General Meyer’s geographic responsibilities include the Almaty, Zhambyl, Turkestan, Kyzylorda Oblasts, and Shymkent city.

“It is an honor—a great honor—to be the United States Consul General in Almaty,” said Mr. Meyer.  He traces his love for the city, the country, and its people to his first visit as a tourist 14 years ago, and a subsequent visit with his wife a few years later.  “I was immediately captivated by its culture and breathtaking natural beauty, by Kazakh cuisine, and, above all, by the warmth and embrace of its people,”- Mr. Meyer explains.

Consul General Meyer stresses, “I look forward to continuing to strengthen the relationship between the United States and Kazakhstan and to furthering cooperation with the people of Kazakhstan on issues of mutual interest, including supporting economic growth, advancing educational and English-learning opportunities, encouraging innovation and creativity, and promoting cultural exchanges.”

Consul General Meyer notes Kazakhstan’s leadership role in Central Asia, reflected by the presence in Almaty of regional offices of a number of important United States government agencies, including the Centers for Disease Control, the U.S. Department of Commerce, the Drug Enforcement Agency, and USAID.  Mr. Meyer emphasizes that this attests to Kazakhstan’s central role in “promoting economic growth, public health, security, and mutual understanding throughout the entire region.”

Consul General Meyer has served seventeen years in the U.S. Department of State as a career Foreign Service Officer.  Most recently, Mr. Meyer was Special Assistant and Senior Advisor in the Bureau of South and Central Asian Affairs in Washington, DC.  Mr. Meyer was Consul General in Phnom Penh, Cambodia and Consul at the U.S. Embassy in Helsinki, Finland.  His other diplomatic overseas assignments include Argentina and Egypt.  Mr. Meyer also served as an advisor in the Bureau of Oceans and International Environment and Scientific Affairs during the U.S. Chairmanship of the Arctic Council.

Prior to joining the U.S. Department of State, Mr. Meyer worked in corporate sales and government relations in the airline industry.  He graduated from the University of California Berkeley with a degree in Political Science and has an MBA from Georgetown University.  He speaks Danish, French, Khmer, Russian, and Spanish.  He is married with two young daughters.

Consul General Meyer said, “My family and I look forward to getting to know the south of Kazakhstan firsthand – exploring the region, experiencing the culture and, most importantly, meeting the people.”