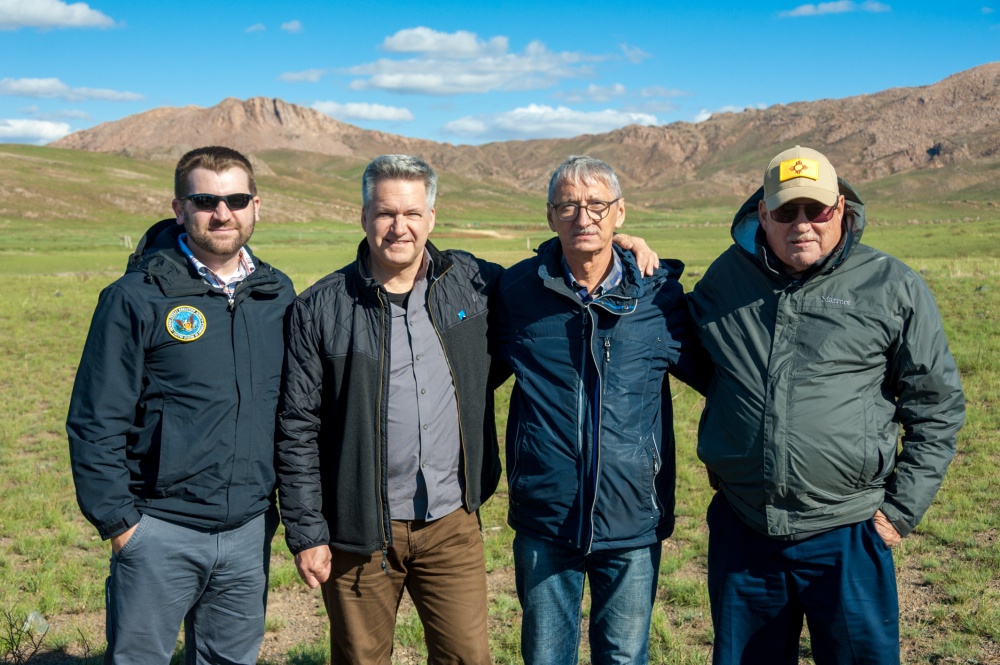 From National Tragedy to National Pride

Kurchatov, Kazakhstan—The Defense Threat Reduction Agency (DTRA) has been quietly carrying out a collaborative nonproliferation mission with the government of the Republic of Kazakhstan for more than 26 years.

DTRA’s mission is to enable the Department of Defense, the United States Government and international partners to counter and deter weapons of mass destruction and improvised threat networks. The ongoing project at the former Semipalatinsk Test Site (STS) in Kazakhstan is an example of the critical nonproliferation work that DTRA accomplishes with allies and partners around the world.

The Semipalatinsk Test Site dates back to the origin of the Soviet Union’s nuclear program. Established in 1947 and referred to as “The Polygon,” the site covers nearly 7,000 square miles of remote steppe in eastern Kazakhstan.

On August 29, 1949, the Soviet Union conducted their first nuclear test. Over a 40 year period, they conducted 456 nuclear explosions at Semipalatinsk, 116 aboveground and 340 underground.

After the collapse of the Soviet Union in 1991, the testing not only ceased, but many of the scientists and military personnel abandoned the site and fled the country. They left behind a vast complex of tunnels and boreholes across the test site. Most worrisome, the Soviets left unexpended nuclear materials, completely unsecure, presenting an extreme danger to the public and a significant proliferation risk to the world. The people of the newly-formed Republic of Kazakhstan looked to their new government to solve the problem.

“There was a very strong non-nuclear sentiment in the newly formed country of Kazakhstan at the time,” said Luke Kluchko who was the first project manager from the then Defense Nuclear Agency (DNA), now DTRA, who assisted in helping Kazakhstan recover from the disaster left behind from the Soviets.

“The country’s first president, Nursultan Nazarbayev, immediately declared the site closed. There was a cancelled nuclear test that the Soviets had been preparing which remained in a tunnel for a number of years until they could figure out what to do with it,” Kluchko said.

To properly eliminate the workings of the test site, Kazakhstan created the National Nuclear Center (NNC) on May 15, 1993. The current General Director for the NNC, Erlan Gadletovich Batyrbekov, said that after the closing of the test site, a new set of issues came up that needed to be resolved by their government.

“It was necessary to eliminate the infrastructure of nuclear weapons testing,” Batyrbekov said. “It was necessary to resolve the issues associated with eliminating the consequences of testing such weapons. There was much concern about how to accomplish this large and serious task.”

In the summer of 1994, Kluchko represented the DNA as part of a U.S. interagency expedition to the test site that spent six weeks assessing the Degelen Mountain area of the Semipalatinsk Test Site. After the Partial Nuclear Test Ban Treaty was signed in 1963, and test detonations of nuclear weapons in the atmosphere, outer space and underwater became prohibited, the Soviets used the Degelen Mountain site for 186 of the 340 underground nuclear tests conducted at Semipalatinsk.

“As a group, we were able to suggest to the NNC leadership that it would be in everyone’s best interest to quickly and safely seal the nuclear test tunnels,” Kluchko said. “All whose portals were wide open, 181 of them,” he said.

Shortly thereafter, the Republic of Kazakhstan sent an official request to United States Secretary of Defense William Perry to consider providing assistance to safely eliminate its infrastructure of nuclear testing. The assistance would come from the Nunn-Lugar Cooperative Threat Reduction (CTR) program, which would be absorbed into DTRA in 1998.

“The project started in earnest,” said Kluchko. “Within a year we destroyed the first tunnel and did about 60 tunnels per year. Essentially within 36 months, we were able to complete the infrastructure elimination process,” he said.

Batyrbekov said that as of today, the entire infrastructure has been rendered safe.

“This kind of work is being continued to eliminate focal points where there is sensitive information in terms of nonproliferation,” he said. “All of this needs to be eliminated and that is exactly what we are doing with DTRA’s Cooperative Threat Reduction program.”

Several years after the initial Degelen Mountain project concluded, the NNC started a program to comprehensively evaluate the entire Semipalatinsk Test Site for radiological concerns. They worked their way from the north side of the site to the south side and saw there were areas where nuclear material was still present, and in some cases, in concentrations that would be considered a proliferation risk.

DTRA once again partnered with the NNC to eliminate the remaining risk. In 2013 the two agencies agreed to conduct a full, systematic survey of the Experimental Field where the earliest nuclear tests took place, and concluded there was still work to be done.

“Initially, material left behind from some of the atmospheric or surface tests remained evenly dispersed on the surface,” said Mark Gibson, current program manager for DTRA activities at the Semipalatinsk Test Site. “In some cases, we could dig up these concentrations and take to secure storage off-site. In other cases where it was less concentrated, we’d plow the areas and further dilute it so it would be less easily detectable for someone looking.”

Batyrbekov praised the work done by the NNC alongside DTRA.

“DTRA is probably one of our biggest partners in the entire history of the National Nuclear Center, not only in terms of the financial support we receive, but also in terms of the significance of the projects that we implemented,” he said. “The elimination of infrastructure – the scope of this work is very serious.”

Batyrbekov said his team continues to conduct a realistic radiological assessment of the territory at the Semipalatinsk Test Site today, and are more than 70 percent complete with the goal of surveying the entire territory by 2021.

Gibson said the partnership between the NNC was built on the likes of his predecessors, like Kluchko, and continues to remain rock solid through today.

“It’s important for us to maintain a relationship with the NNC and the Government of Kazakhstan,” Gibson said. “I’ve grown used to saying the proliferation risk has been greatly reduced here, but it will never be zero; that’s just the reality of a former nuclear test site.”

“I give a lot of credit to Kazakhstan for embracing a nonproliferation regime in circumstances that were not ideal for them,” said Gibson. “I think our work at the Experimental Field has been an extension of making the world a safer place.”