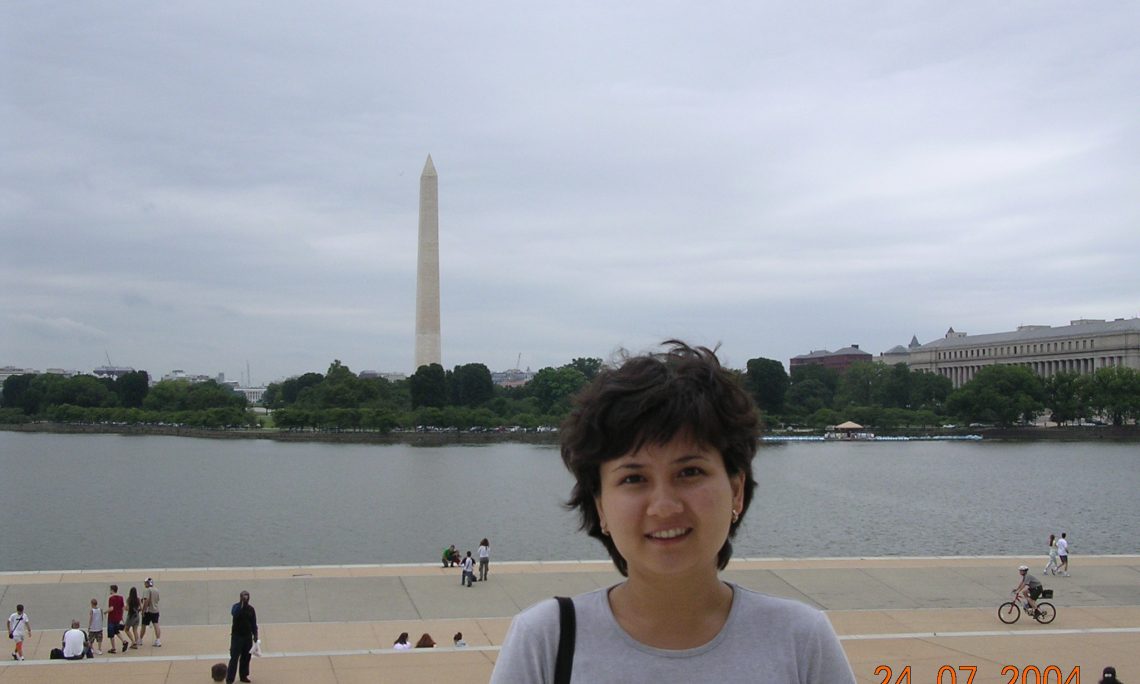 WOMEN BUILDING BRIDGES BETWEEN THE UNITED STATES AND KAZAKHSTAN.

Graduate of the US State Department International Visitors Program U.S. “Political campaigns and media”, 2004.One of the 20 observers from all over the world who monitored the election campaign in the U.S. and visited five states in four weeks. In 2012, participated in the Women in Public Policy Program at Wellesley College. This trip was my first and unforgettable acquaintance with the USA. I saw how vigorous civil society is in the country’s political life.

I work as deputy head of the Secretariat for the State Secretary under the Presidential Administration. Previously, worked as an adviser to a deputy prime minister and as a deputy chairperson of the Committee on Youth Affairs. I also worked as a host on the Kazakh State Radio and was honored with a Laureate Award of the Union of Journalists of Kazakhstan and a Laureate Award of the International Youth Information Forum, The Ring of Eurasia. I also have an MA in International Development Policy from Duke University (2007).