Home Home | News & Events | He is a loner, shy and modest (Voices from Xinjiang) 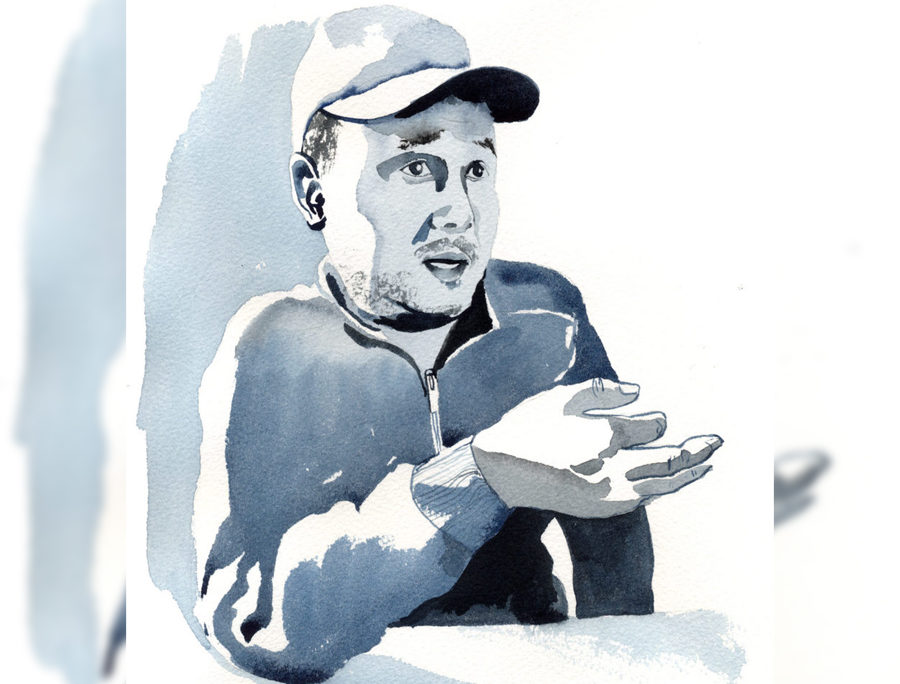 Yerzat is an artist. He paints saturated landscapes of mountains and yurt-dotted meadows peopled by the nomadic warriors of centuries past. The village of his birth lies in the northernmost corner of Xinjiang, near the mountains that cross into modern-day Mongolia and Russia.

There was no reason. You have to understand—none. My brother never committed a crime. He got detained, and my father, who lives in China, couldn’t meet with him. For more than two years, my father couldn’t see his son.

Bierzat is three years younger than I am. I came to Kazakhstan to study painting at the arts academy, but my younger brother and father have always lived in China. Bierzat visited me here twice, but that’s all. He doesn’t travel much. He’s a farmer like our father. Mostly wheat. He was always modest, very shy—almost debilitatingly shy. We never argued growing up; he was so quiet. He liked working with wood. As a side job, he was producing unfinished wood for furniture makers in our village. But his main job was taking care of our father. I was out here; he was close by. Our father is old and crippled, and Bierzat cared for him and worked the farm.

They came for him last April while he was treating wood in his workshop. At first, they brought him to a detention center of some kind. As soon as he was arrested, our father went to the police station. They told him not to worry. Probably we’ll let him out soon, they said. We already have too many people in prison. Instead, he was sentenced to seventeen years in prison. Neither my father nor I know why. They notified my father only once he’d already been sentenced. I’m not even aware of any trial having taken place. But my brother didn’t pray. He didn’t practice Islam. He didn’t even keep a Koran in the house. He never touched anyone, he was so reserved. He was married briefly, but they got divorced the very next year.

I’ve tried to find out through my father what kind of crime he committed and why he received such a long sentence. But he didn’t know anything. I know that he doesn’t drink or smoke. That’s all I can think of. This has become a liability in Xinjiang. It’s the religious implications. One of my relatives told me a story about visiting a nearby village and finding a cultural association there, and the members were all drunk. They were always drunk, he learned. One of them explained why. If we don’t drink, he said, they’ll get us. So maybe—I’m guessing—my brother’s guilt was that he doesn’t drink or smoke. I don’t know. He’s a loner, shy and modest. They couldn’t just leave him alone.