Home Home | News & Events | It was in some mountainous place 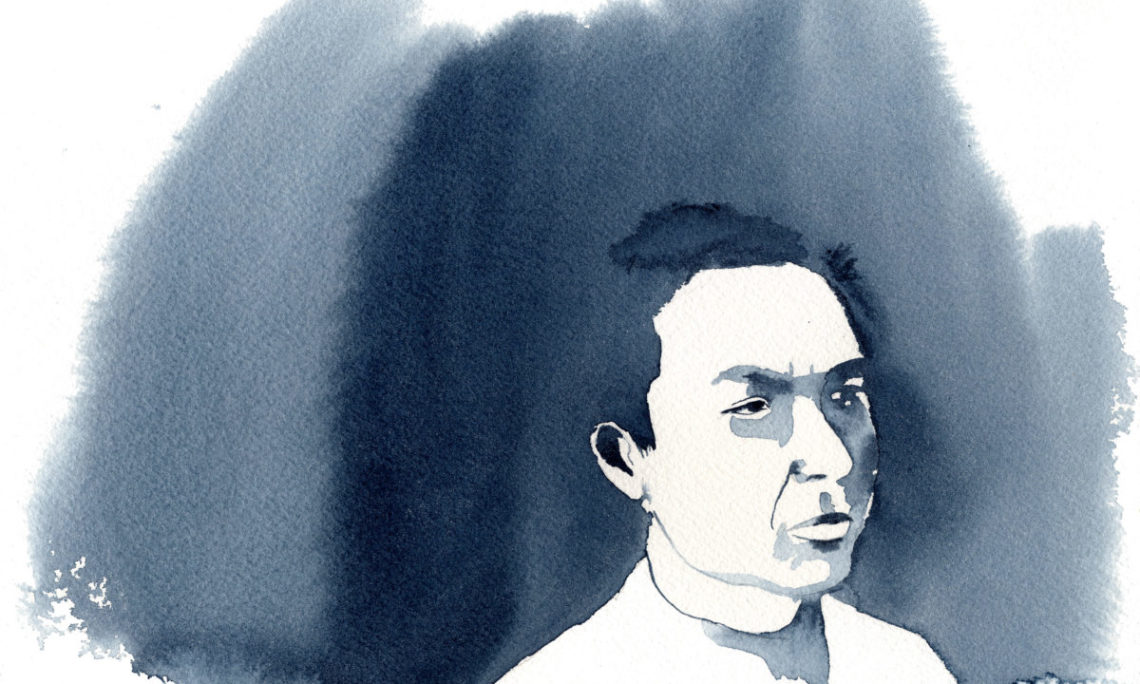 Zharkynbek was in a camp for eight months. His escape still seems to surprise him. “I thought they were going to dangle my freedom in front of me forever,” he says.

It was in some mountainous place. We drove out in a windowless van with a metal grate inside. I couldn’t see anything. Before, at the police station, they’d given me a medical exam. They’d taken a blood sample. I couldn’t understand what my sentence was—what I’d done wrong.

I was born in Ghulja in 1987. I came to Kazakhstan when I was twenty-four. The next year I got married to a local girl. For five years I worked as a line cook in a café. I had a residence permit, but my Chinese passport was about to expire, so I went to the consulate. They told me I had to go back to China to replace it. I crossed the border in January 2017. At the crossing at Khorgos, I was detained. They took all my documents and took my bags. They interrogated me, checked my phone. You know, WhatsApp is illegal in China, they told me. At some point, they asked about my religion, and I told them I prayed five times a day. I told them I was a practicing Muslim.

They took me to Ghulja. There the police interrogated me again. The same questions, but this time they beat me. You’ve been to a Muslim state, they said. Why didn’t you take their citizenship? Why are you here? After beating me, they brought me a piece of paper to sign and put my thumbprint on it. Then they took me to the camp.

At the camp, they took our clothing away. They gave us a camp uniform and administered a shot they said was to protect us against the flu and AIDS. I don’t know if it’s true, but it hurt for a few days.

I was taken to a room equipped with a security camera and twelve or fifteen low beds. There was a toilet in the corner. For eight months, I lived in this camp, although not always in this room. They moved us from room to room roughly every month, seemingly at random. All the rooms were similar to the first. I began to realize it was a huge building—it seemed endless. Once a week we were made to clean some part of it, scrubbing and sweeping. That’s how I learned that all around the building stood a high fence and that every corner had a camera stuck into it.

They had strict rules. This is not your home, the guards would tell us. Don’t laugh or make jokes, don’t cry, don’t speak with one another. Don’t gather in groups. The guards came from every background. There were Kazakh and Uighur guards, but the Chinese guards were the ones who would beat you. They told me just what the police had told me. You’ve been to a foreign country, they said. Your ideology is wrong.

We had Chinese-language lessons. We learned the Chinese anthem and other official songs. We learned Xi Jinping’s policies. I couldn’t speak Chinese and I can’t say I learned anything from the classes. If their purpose was to teach us Chinese, why did they have so many old people in the camp? How could they learn Chinese? What I gathered from those classes was that they just wanted to erase us as a nation, erase our identity, turn us into Chinese people.

It was cold. The whole time it was cold. I’ve got health problems now because of it. I was disciplined more than once. My second night at the camp, I turned off the lights in the room so that we could sleep. It was against the rules to turn off the lights, even at night, but I didn’t know that. So in the middle of the night they burst into the room. I admitted that I was the one who had turned them off. We don’t switch off the lights, they said. Don’t you know the rules? And they beat me with wooden batons, five or six blows on my back. You could be punished for anything: for eating too slowly, for taking too long on the toilet. They would beat us. They would shout at us. So we always kept our heads down.

Since we couldn’t talk to one another, we shared notes in class. I got to know five others in class with me in this way, all of whom came from Kazakhstan. We became good friends. Like me, they’d been detained for having WhatsApp, or else for holding so-called dual citizenship in China and Kazakhstan. I have no idea what happened to any of them.

I tried to behave well in the camp. I understood that because I had relatives in Kazakhstan, I was likely to get out sooner. I saw it happen to others. Even when I was at the camp, although I didn’t know it, my wife was complaining. I don’t think they would have let me out of the camp without those complaints. She was publicizing my case, and in August, after eight months in the camp, they released me to my parents.

The police drove me to their house around midnight. Early the next morning, officials came by. Don’t go out, they said, and don’t let us see you so much as holding a phone in your hands. You have no documents, they said, so you can’t leave the house. They had a reason for everything. It was never their fault, never their decision. It was always due to some rule.

All the while my wife was working to publicize my case. One day the police came and said, It turns out you have a wife in Kazakhstan. She is complaining. We’ll get a WeChat for you. And just like that, they let us talk on the phone. Of course, we cried at seeing each other. It turned out my wife had been filing endless complaints and petitions while I’d been in the camp, and uploading videos to YouTube. The police asked me to tell my wife to stop complaining. They wanted me to convince my wife to come to China with our son. I suggested to them that they should just let me go. You’re a Chinese citizen, they said. You should stay here. I replied that I had a wife and son in Kazakhstan. Well, they replied, this is none of our business.

The officials were always present in the room when I called, so I did as they said. I told her to stop complaining and suggested she come to China. But she refused. I won’t stop, she said, not even if they put you back in prison. I won’t stop until you’re home. The policemen wrote down all my information, and after three days they called to say they were going to let me return to Kazakhstan. They promised they would send my passport as long as I swore not to tell anyone in Kazakhstan about the camps. They made me sign a pledge not to disclose any information about “internal developments” in China, and to return to China once I’d visited my wife and son. I had to sign it to get my passport, but still they wouldn’t give it to me. Your passport is ready, they said, but your wife will not stop complaining! Didn’t you tell her we were going to send you back? Every step was a struggle.

Even when I finally got my passport, even with a plane ticket my wife had bought in my hand, I still found I couldn’t leave. I’d traveled to Ürümqi. At midnight, I was at the airport, ready to board. As I was about to get on the plane, they stopped me. We have a notice here that your local police force didn’t authorize your exit from the country. So they called the local police, who said I’d forgotten to sign some form. I threw my passport at the airline employee. I threw all my documents onto the desk. I have the visa, I said. I have the passport. Why don’t you let me go?

I had to go back to my village. I called my wife and she started another campaign. She contacted the embassy. Within fifteen minutes of her making that call, I got a call from local police. They returned my passport again and told me I was free to leave as long as I told them when I was planning to leave the country. I took my passport but didn’t tell them anything. Instead, I went straight to Khorgos. When I reached Khorgos, I got a call on my cell phone. It was the village police, asking where I was. I’m at my nephew’s, I said. I’ll come to you straightaway. I was already at the border, inside the free-trade zone. I took the last minivan of the day to the Kazakh side of the border. The border guards asked my destination. Kazakhstan, I said. Did you get permission from the police? Yes, I said, and held my breath. As soon as I crossed the border, I took the SIM card from my phone and threw it away. I bought a new SIM card and called my wife. I’m here, I said.

And now I’m home, but my health—to put it simply, I don’t have health. For the past five months, I’ve been tired. All the time. I lose my memory. Sometimes I can’t remember anything, and—I’ll be frank—I’m impotent. I went to the doctor and they found microbes in my blood.

All through my detention, I tried to have patience. I told myself that everything that was happening was a test—that I should endure it. When I looked around the camp at my Muslim brothers, at my Kazakh, Uighur, and Dungan brothers, I saw that this was an attempt to divide and destroy our identity: a tool of Chinesification. I don’t think they were ever planning to let me go.