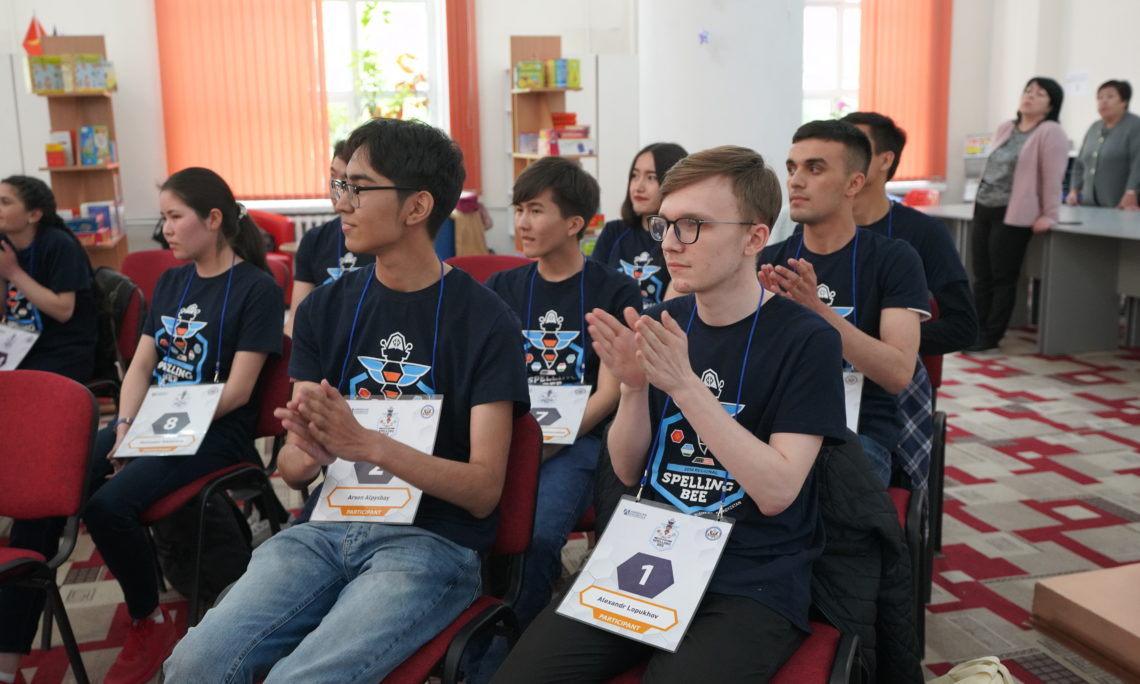 The increasing interest in Kazakhstan and the number of people willing to participate in it grows every year. The Spelling Bee competition is a big part of American culture. For more than 90 years, schoolchildren across America have participated in the Spelling Bee competition. The participant is required, while on the stage, to spell the leading word correctly. The difficulty lies in the fact that many English words are not spelled as they are pronounced.

“I am very grateful to the US Embassy and the American Corner for organizing such an amazing event as Spelling Bee. It was very nice to take part in it and compete with people from other countries. The experience was breathtaking – from local to national competitions that were held today. I am glad that I became the winner of this competition, and I hope that more people will participate next year, since this can help to teach and inspire other people to learn English and get acquainted with American culture! ”, – shared with his experience a Kazakhstani winner Alexander Lopukhov.

This year Kazakhstani students showed great enthusiasm, 764 students of colleges and universities participated in the republican competition. Of these, 33 participants, representatives of 13 regions of Kazakhstan, competed among themselves in the American Corner in the capital of Kazakhstan in March of this year. The winners were Ramazan Eltai – Nur-Sultan, Nurgul Adamzhanova – Pavlodar, Alexander Lopukhov – Nur-Sultan, Arsen Alpysbai – Oskemen. All four participants received valuable prizes and today defended the honor of Kazakhstan in Bishkek.

The second and third places at Central Asia Spelling Bee 2019 were also taken by Kazakhstanis – Ramazan Eltay and Nurgul Adamzhanova. A total of 14 rounds were held.