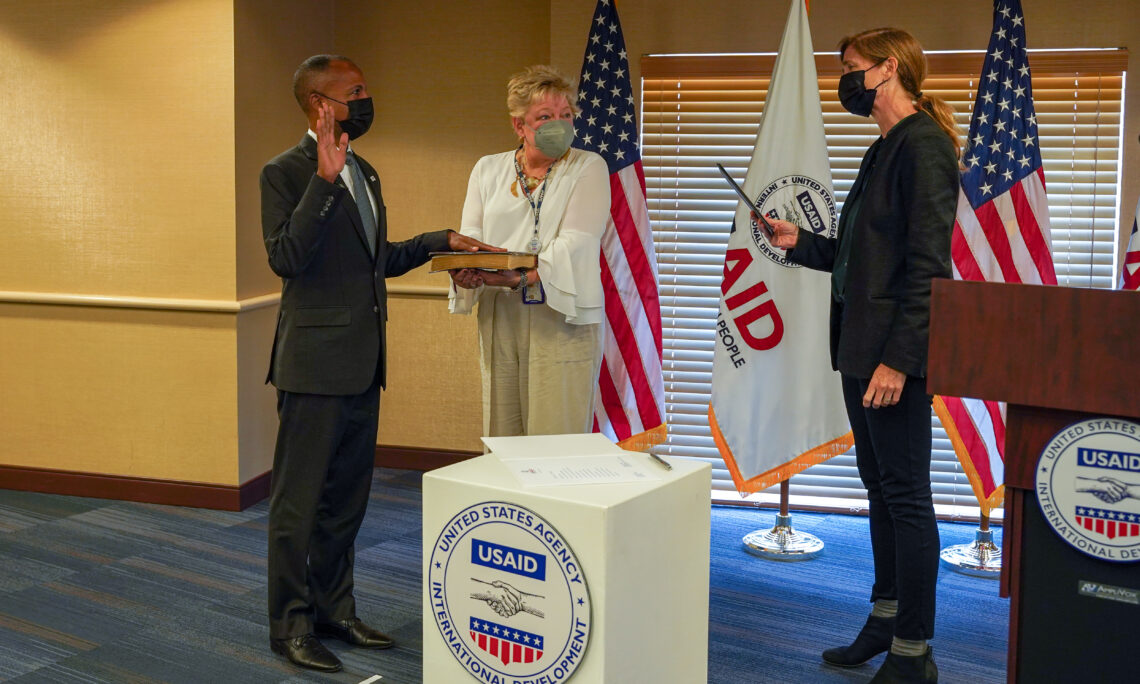 October 06, 2021, Nur-Sultan, Kazakhstan – The U.S. Mission to Kazakhstan is pleased to announce Lawrence Hardy II, a career member of the Senior Foreign Service, has arrived in Almaty as the new Regional Mission Director for the U.S. Agency for International Development (USAID) in Central Asia. Mr. Hardy will lead USAID’s regional programs across Kazakhstan, the Kyrgyz Republic, Tajikistan, Turkmenistan, and Uzbekistan. USAID Administrator Samantha Power administered the oath of office at USAID Headquarters in Washington, D.C.

Speaking about his role, Mr. Hardy stated, “For nearly three decades USAID has partnered with the people and governments of Central Asia to strengthen regional connectivity, stability, and prosperity. As the Regional Mission Director to Central Asia, I am excited to lead our programs to leverage new openings for reform-oriented development and interregional connectivity and cooperation. In support of the U.S. Government’s C5+1 platform, USAID will strengthen, expand, and deepen our Central Asia partnerships in key areas including improving trade connectivity, creating a regional energy market, and fostering regional cooperation on water resource management. I am also pleased to further the region’s progress in combating human trafficking, addressing exigent climate change challenges, advancing good governance, and promoting greater regional prosperity.”

Mr. Hardy possesses significant development and diplomacy experience and expertise. His 28 year career with USAID has spanned the globe. Prior to his appointment as Regional Mission Director to USAID Central Asia, he served as the USAID’s Mission Director to the Philippines, 12 Pacific Islands, and Mongolia. He has also served tours in Southeast Asia, the Middle East, the Caribbean, South Asia, as well as in South America. Mr. Hardy received his Masters in Business Administration from the University of California/Berkeley’s Haas School of Business as well as his Bachelors of Arts degree from Harvard University. He speaks Portuguese, Spanish, Thai, French, and Arabic.