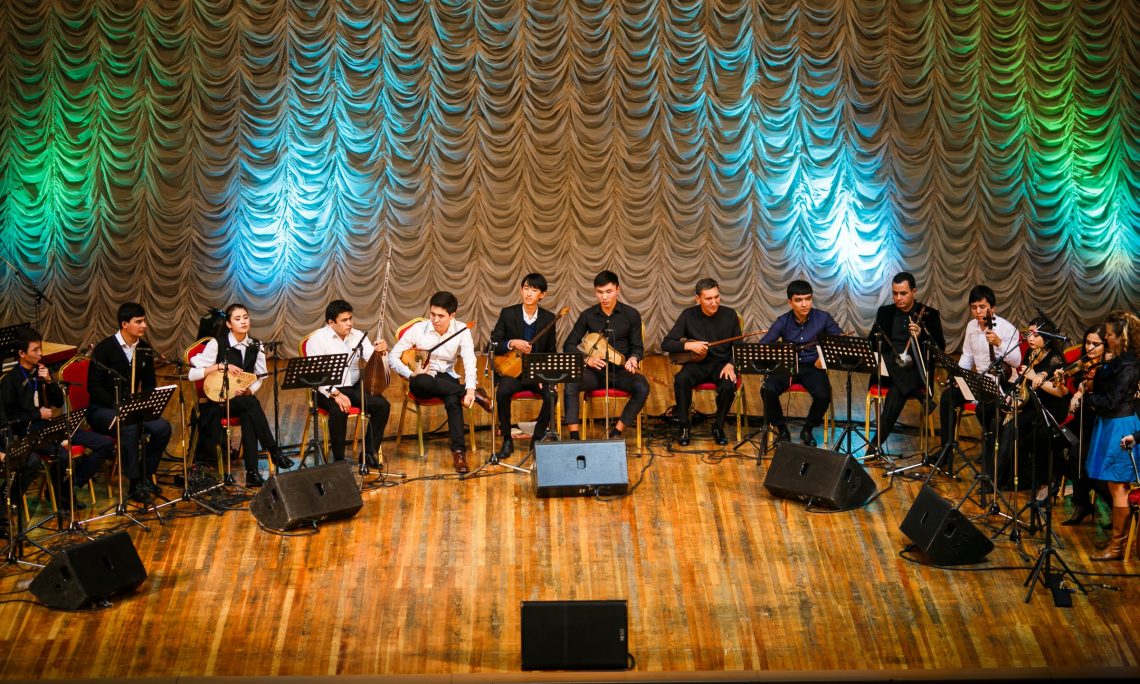 18 young musicians from Kazakhstan, Kyrgyzstan, Tajikistan, Turkmenistan, and Uzbekistan with six members of Tashkent’s contemporary music ensemble Omnibus and three U.S. musicians performed a concert of works composed collaboratively during an intensive five day program at the Almaty Conservatory.  The music is a mix of the contemporary and the traditional and reflects the musical traditions of the five Central Asian countries and the United States. The performance is part of the Playing Together program which supports training and artistic exchange for talented young musicians from Central Asia who are seeking links between their own musical heritage and contemporary languages of art. Concerts are planned for each of the Central Asian countries.