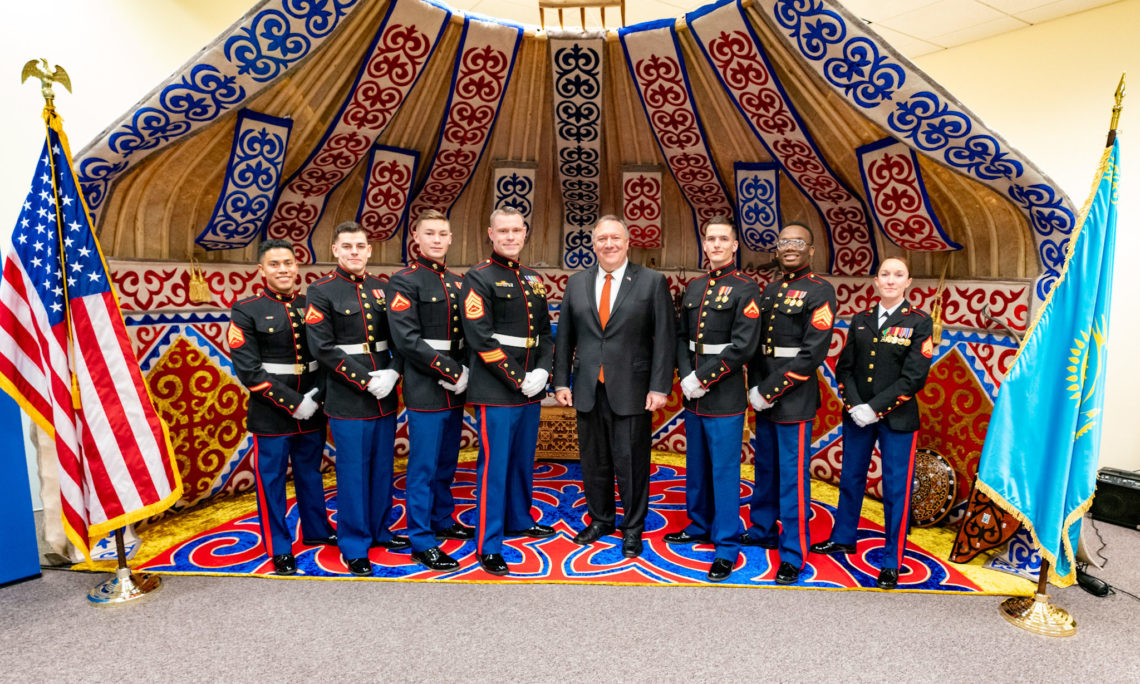 OFFICE OF THE SPOKESPERSON

Secretary Pompeo will travel to Kazakhstan on February 1-2, where he will meet with President Kassym-Jomart Tokayev, First President Nursultan Nazarbayev, and Foreign Minister Mukhtar Tileuberdi to reaffirm our enhanced strategic partnership and discuss avenues to increase bilateral trade and investment.

ROBUST ENERGY AND TRADE TIES BENEFIT OUR ECONOMIES AND PEOPLES