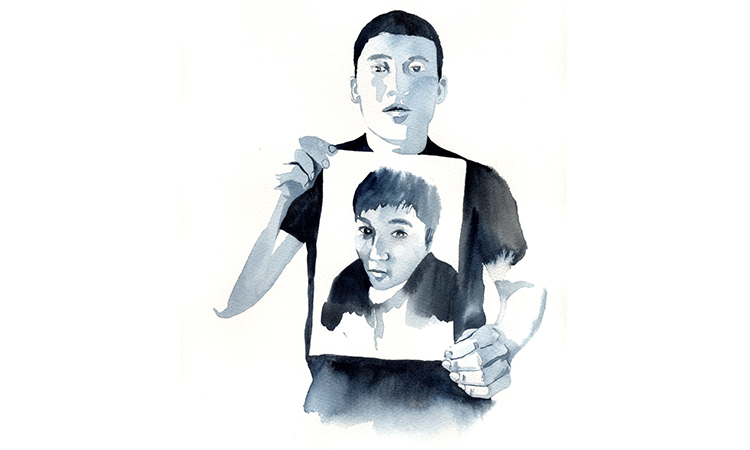 Shalkar hasn’t been to China since his parents brought him across the border, in 2003. But many of his relatives are there. He shows me appeals he has written to the European Court of Human Rights and the Kazakhstan Ministry of Foreign Affairs. Nothing has worked.

In Kazakh we say “sister,” not “aunt.” The truth is, she really is a sister to me. We’re separated in age by only a few years. We used to talk on the phone every month, just to say hello.

In 2017, they started to take Uighurs and Kazakhs from their villages. I don’t know why. My aunt spent three months in a camp. After three months, she was placed in a prison. No one knew this at the time. It was only a few months ago that I heard from one of our relatives that she had been convicted and sentenced. Without any reason, without any guilt. This January, I started writing petitions and complaints here in Kazakhstan. I gave interviews and I posted videos online. The next month, her husband was called by the local authorities. They told him to get in touch with me to tell me not to complain.

At the time, her husband didn’t even know what had happened to his wife. He was in the dark. When they called him, he learned that she was being held in a women’s prison in Ghulja. She had been sentenced to thirteen years.

I don’t know why she was sentenced. I heard it was for religious reasons, so probably she visited an imam at some point. But she wasn’t such an observant Muslim. She didn’t read namaz2. And her husband wasn’t sent to a camp. I don’t know why. He’s left alone to take care of their daughter, so maybe that’s the reason. But why her? My aunt worked as a housewife. She didn’t have any education. She was just an ordinary person.