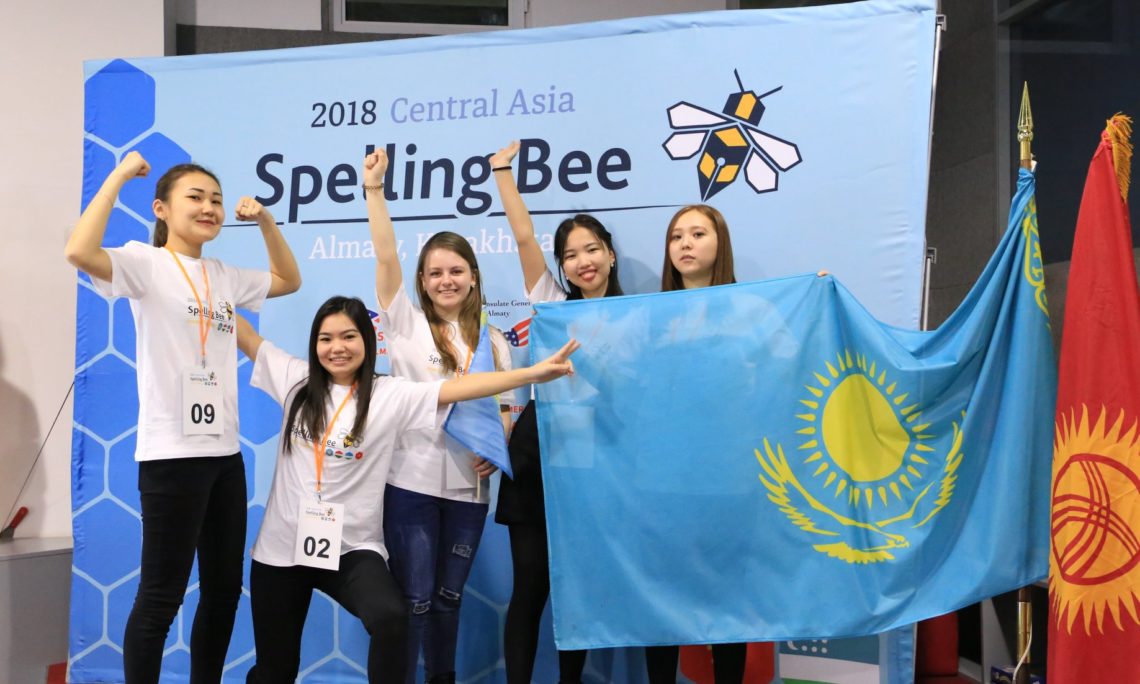 This is the second year that U.S. Embassies in Kazakhstan, Kyrgyzstan, Tajikistan and Uzbekistan have organized the English language spelling contest.  The 2018 Central Asian Spelling Bee was hosted by American Space Almaty, while the 2017 contest took place at the American Space in Dushanbe, Tajikistan.  The 20 participants made it through two stages to get to this regional competition.  They won both their city-wide competitions and the National Spelling Bees that took place from December 2017 to February 2018.  The goal of the contest is to support English-language development and collaboration in education at the regional level.

New to Central Asia, the Spelling Bee contest is a big part of American culture. For more than 90 years, students throughout America have been participating in it. The task of the participants – while on the stage, correctly spell the name of the leading word. The difficulty is that many English words are written differently than they are pronounced.  (This is an awkward paragraph in English – just google translated from the Russian from the Embassy press release on the National Bee.  Russian follows.)

Consul General Mark Moody, who was the pronouncer of words at the event, noted:  “Spelling Bees have an old tradition in the United States and most of us grew up participating in them.  I was extremely impressed by the level of English displayed by all of the spellers today and am excited to see that a Kazakhstani student won the Bee for a second year in a row.  This competition not only advances language skills, but also brings together youth from Central Asia to build a stronger regional network.”

After the competition, all participants spent the afternoon touring Almaty and getting to know each other better.  The U.S. Mission to Kazakhstan supports this new tradition of bringing university students from Central Asia together for regional English-language competitions and looks forward to its continuation.