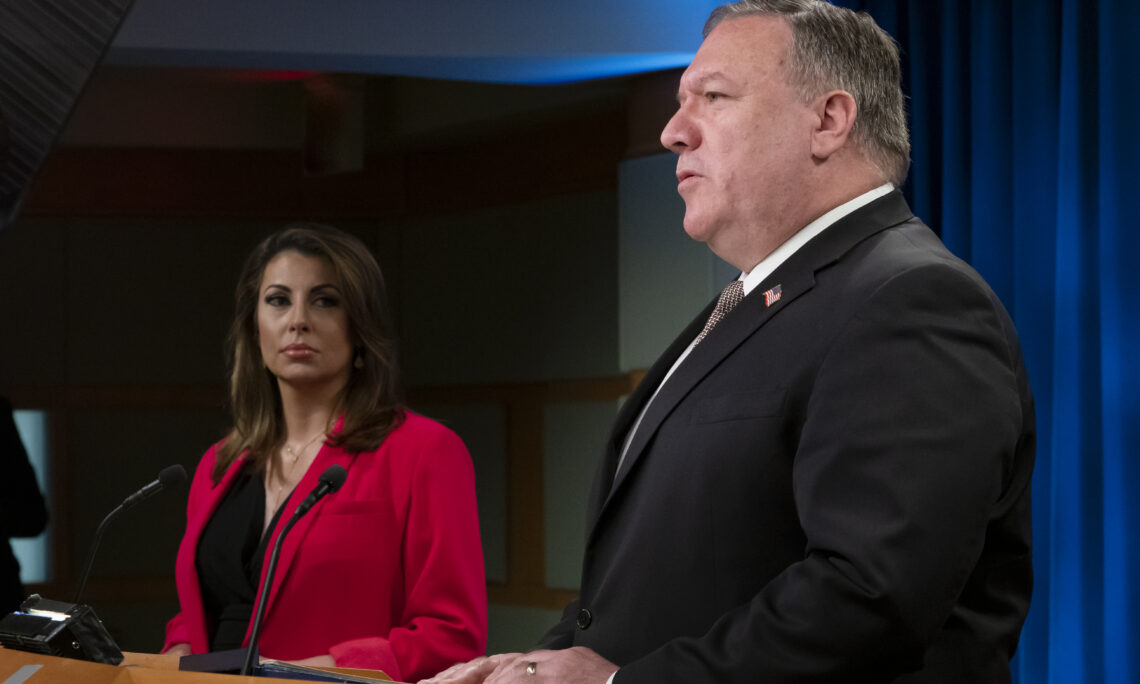 Office of the Spokesperson

The United States will not stand idly by as the CCP carries out human rights abuses targeting Uyghurs, ethnic Kazakhs, and members of other minority groups in Xinjiang, to include forced labor, arbitrary mass detention, and forced population control, and attempts to erase their culture and Muslim faith.

I am also placing additional visa restrictions on other CCP officials believed to be responsible for, or complicit in, the unjust detention or abuse of Uyghurs, ethnic Kazakhs, and members of other minority groups in Xinjiang pursuant to the policy announced in October 2019 under Section 212(a)(3)(C) of the Immigration and Nationality Act.  Their family members may also be subject to these restrictions.

These designations and visa restrictions complement the U.S. Department of the Treasury’s announcement today that it is designating the XPSB, as well as four current or former officials of the People’s Republic of China – Chen Quanguo; Zhu Hailun; Wang Mingshan; and Huo Liujun – for their roles in serious human rights abuse.  These designations are pursuant to Executive Order 13818, “Blocking the Property of Persons Involved in Serious Human Rights Abuse or Corruption,” which builds upon and implements the Global Magnitsky Human Rights Accountability Act.  Before ramping up the CCP’s campaign of repression in Xinjiang, Chen oversaw extensive abuses in Tibetan areas, using many of the same horrific practices and policies CCP officials currently employ in Xinjiang.

The United States is taking action today against the horrific and systematic abuses in Xinjiang and calls on all nations who share our concerns about the CCP’s attacks on human rights and fundamental freedoms to join us in condemning this behavior.