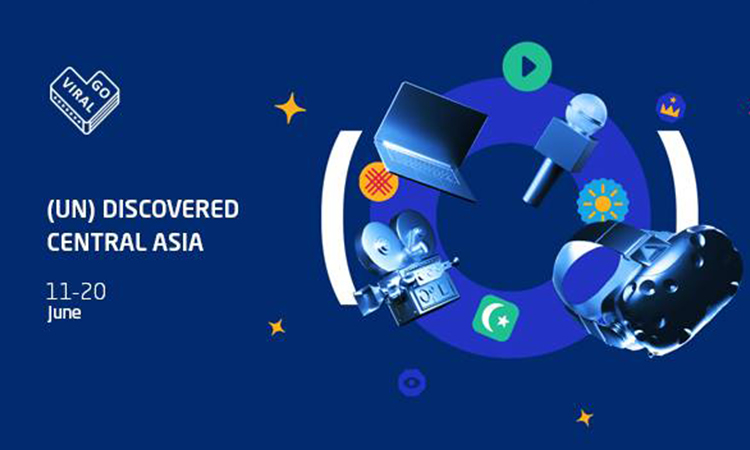 “I’m honored to congratulate you all on the 30th anniversary of independence of five Central Asian countries and Go Viral on its 5th anniversary. In our 30 years of bilateral partnership and cooperation we have achieved much together. The pandemic is a reminder we are stronger when we work together, and we need young, motivated people and creative ideas to help find answers to shared problems not only locally, but also regionally and globally. I hope Go Viral 2021 empowers journalists, entrepreneurs, filmmakers, and musicians to leverage social media and technology to strengthen networks and collectively address shared challenges,” said U.S. Ambassador William Moser.

The theme of Go Viral 2021 is (un)discovered Central Asia. This year Go Viral will showcase numerous documentary films, music collaborations between the United States and Central Asian countries, panel discussions on women in tech, tech in healthcare, how Central Asian startups entering new global market as well as a panel with future leaders of Central Asia born since 1991. Keynotes will touch on advocacy & science journalism as well as issues that are important to our region such as environment, climate change, education and women empowerment.   There will be quests, quizzes, competitions and more.

Speakers at Go Viral 2021 will present new ways of reinventing ourselves, tell how to invest wisely, and share what are the best intercultural negotiation strategies. The StartUp Go 2021 pitching session, supported by Chevron Kazakhstan, is showcasing Central Asian top 10 startups that will compete for a 6000 USD prize to make a social impact in their countries. Overall 56 startups applied from Central Asia. The ten finalists are from Kazakhstan, Kyrgyzstan, Tajikistan, and Uzbekistan, and will have an opportunity to train with Astana Hub mentors before their final pitching session. Their projects are focused on education, health, finance for youths, air pollution, copywriting and delivery.

Here are some more of the notable speakers and topics of this year:

The full schedule and free registration can be found at goviral.kz, plus the newly launched Go Viral mobile application is available for its users starting from June 11.

Please keep in mind that some workshops will be on a “first come first serve” basis.

Visuals, photos and videos about the start of Go Viral 2021 can be downloaded here. Hashtags: #GoViralCA2021 #GoviralCA