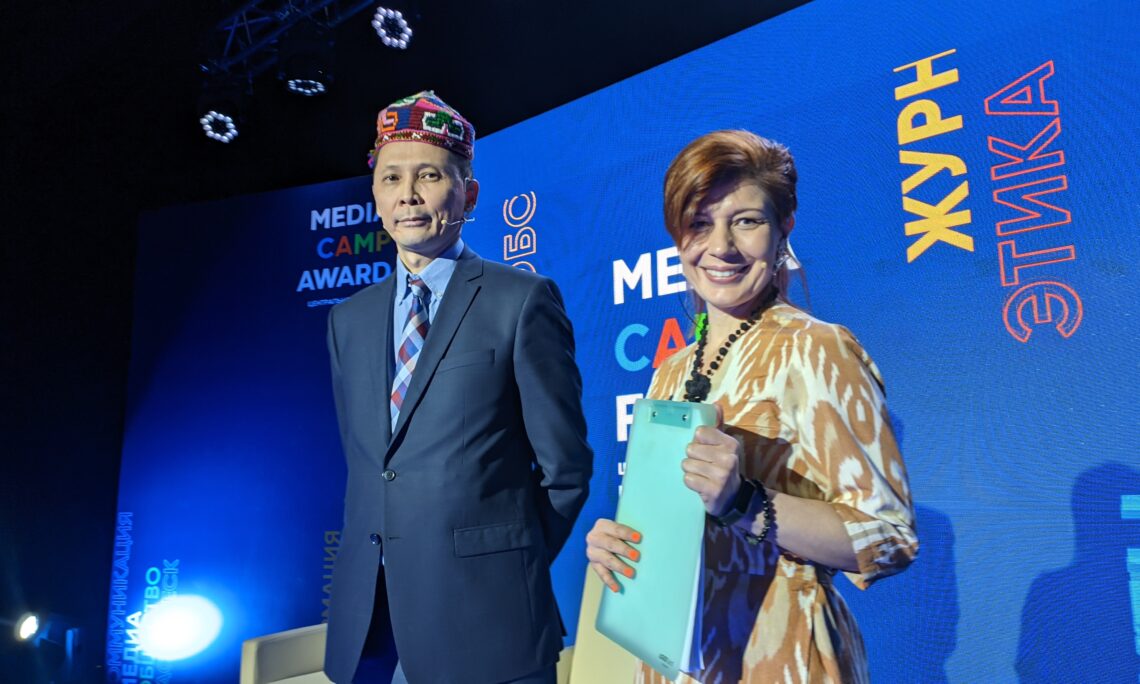 September 10, 2021 Nur-Sultan, Kazakhstan – From September 10 to 12, 2021 over 400 media specialists from countries across Central Asia are coming together for the third annual Central Asian Media Festival hosted by USAID-funded Central Asia Media Program. The online media festival enables local journalists to share ideas and discuss the most pressing issues and challenges faced by media in the region.

“For almost three decades now, the United States has supported media development in Central Asia. This support underscores the importance we place on the development of a robust media and access to factual information. Specifically, the U.S. is committed to promoting media literacy among consumers of information as well as fostering professionalism in journalism,” said Peter Young, acting Regional Mission Director for USAID Central Asia.

Speaking at the opening event, the head of the representative office of Internews in Central Asia, Marat Bigaliyev, stated, “This year the motto of the festival is “Made in Asia”. We wanted to highlight media projects from Central Asia and emphasize the value of the work of journalists. They are setting the agenda and helping to identify and solve pressing societal challenges. We want to publicize the most powerful projects from our region.”

The Central Asian Media Festival will end on September 12 with an awards ceremony for the winners of the MediaCAMP Journalism Contest. The journalism contest received 646 applications and 74 finalists were selected in five categories: It’s Time to Win; It’s Time to Understand; It’s Time for the Young; It’s Time of Pandemics; and It’s Time to Create. During the festival, a regional jury will select the winners. The winners in the sixth, special category, The Close-Up of the Time, will be selected through online voting on the festival’s website.

The Central Asia Media Program is funded by the U.S. Agency for International Development (USAID) and implemented by Internews. It aims to develop a more balanced information environment in Central Asia to increase openness among young people and adults to various ideas, opinions, and perspectives, and in turn increase their engagement in civic participation. USAID is the world’s premier international development agency and a catalytic actor driving development results. For more information please visit: the USAID Central Asia website and USAID Central Asia’s Facebook page.