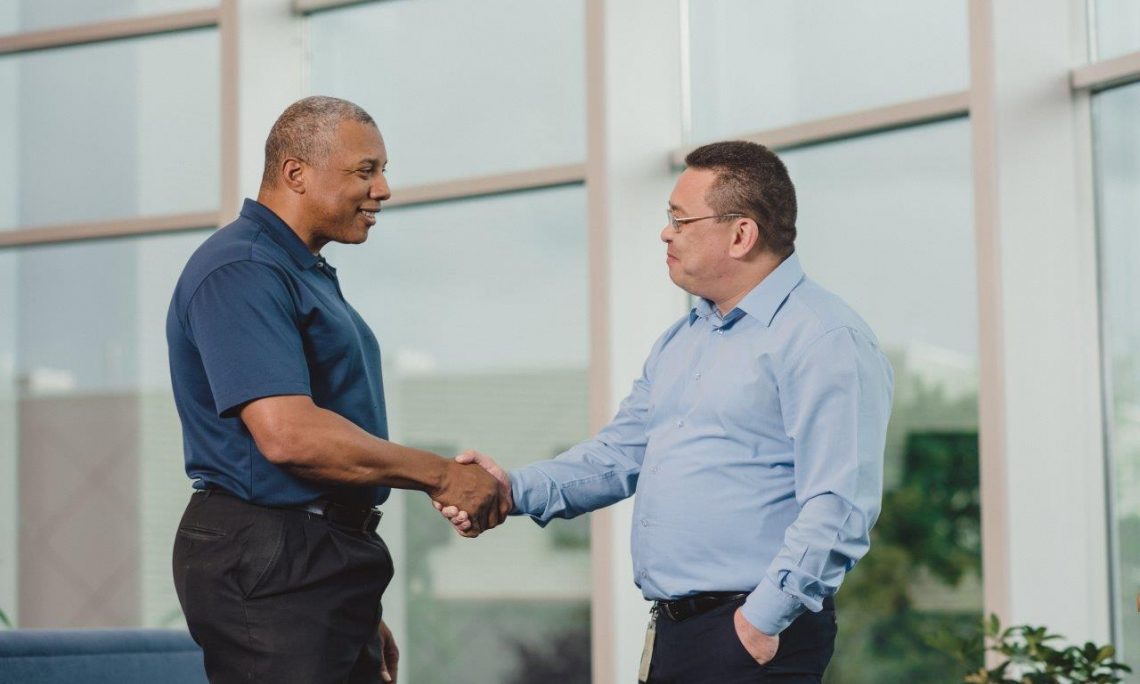 The National Paralympic Committee of Kazakhstan held a media workshop entitled “Disability and Sport through Mass Media Vision: Promotion of Paralympic Sport” in Astana January 19-20 2017.  The Ministry of Culture and Sport of Kazakhstan, The Embassy of the United States, and the AGITOS Foundation provided support.  At the workshop, journalists and bloggers interacted with Kazakhstani athletes with disabilities.  The journalists learned how to report on disability issues and Paralympic sports, practiced interviewing Paralympic athletes, and had the chance to try playing Paralympic sports including sitting volleyball and wheelchair tennis.

Kazakhstani medalists from the 2016 Paralympic Games in Rio de Janeiro Zulfiya Gabidullina and Raushan Koishibayeva spoke at the workshop, encouraging journalists to devote more attention to Paralympic sports and athletes.  Gold medalist Gabidullina said, “It is so pleasant that everybody recognizes us.  It is great that we are as popular as Olympic Champions…It is very important to pay attention to achievements of all Paralympic athletes of Kazakhstan.”  Speaking at the seminar, U.S. Embassy Public Affairs Counselor Anthony Pahigian said, “Discussions like the one we are having today help bring awareness to issues that disabled people face on a daily basis, challenge stereotypes and influence the way we think about disability in a broader sense. This is an opportunity for all us to see beyond disabilities and to motivate young people with disabilities to follow their dreams, and never give up.”

Key speakers at the workshop included John Register, a representative of the United States Olympic Committee and silver medal winner from the 2002 Paralympic Games in Sydney; KazSport commentator Ayan Tolegen; Diana Okremova and Gulmira Birzhanova of the North Kazakhstan Legal Media Center; and media coach Veniamin Allayev.  Executive Director of the National Paralympic Committee of Kazakhstan Yerlan Suleimenov presented on the history and goals of the Paralympics Movement.

This seminar was part of an advocacy project of the AGITOS Foundation, designed last year with support of the U.S. State Department, the University of Tennessee, and the U.S. Olympic Committee.