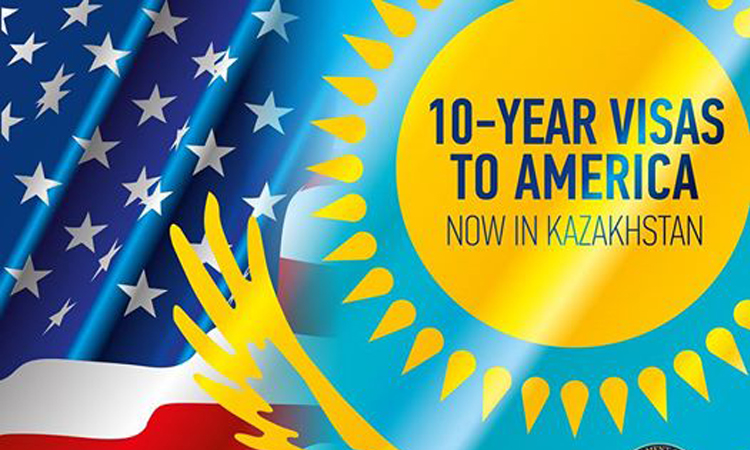 The U.S. Diplomatic Mission in Kazakhstan is proud to announce the introduction of longer-term validity business and tourism visas for Kazakhstani citizens. Starting December 29, 2016, qualified Kazakhstani applicants will receive visas valid for multiple visits to the United States within ten years.

The announcement of reciprocal simplification of visa requirements comes as the United States and Kazakhstan mark the 25th anniversary of diplomatic relations between our two countries. Ambassador Krol noted the anniversary, stating, “This development highlights the strong partnership that our two countries have forged over the last twenty five years, and symbolizes the United States’ commitment to friendship with the people of Kazakhstan in the decades to come.”

Simultaneously, the Kazakhstani Ministry of Foreign Affairs introduced ten-year validity visas for U.S. business and tourism visitors to Kazakhstan. In addition, starting January 1, U.S. citizens visiting Kazakhstan for fewer than 30 days can do so without a visa.

The cost to apply for a business or tourism visa remains $160. Full information on the visa application process is available at http://www.ustraveldocs.com/kz.