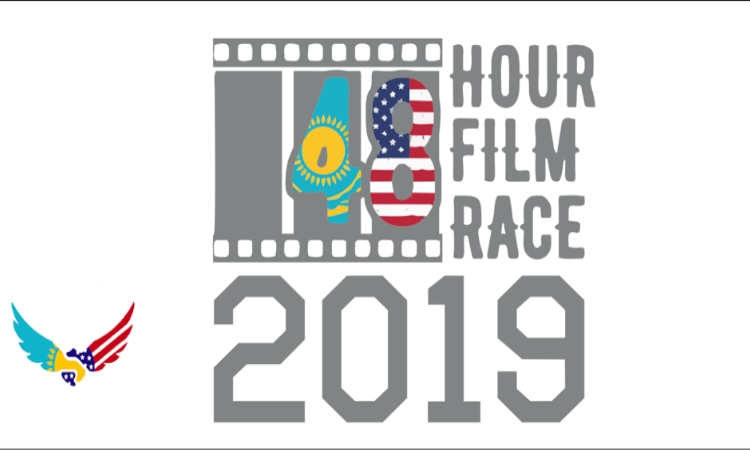 Almaty, 15 February – The U.S. Mission to Kazakhstan is excited to announce the launch of the fourth annual 48 Hour Film Race (48hfr), a program that supports the growth and development of emerging independent filmmakers across Central Asia and inspires videographers and filmmakers to learn, network, and create. The signature event is a two-day film race, challenging participants of all abilities – from novice to professional – to create a four-minute movie, in just 48 hours. The race will be held April 6-7. Completed films will be screened at movie theaters across the region and compete in a juried selection for prizes.

“The 48 Hour Film race is much more than a two-day event. We are working with our implementing partners to develop a 48 Hour Film Race community and network, not only in Kazakhstan, but across Central Asia,” said U.S. Consul General Eric Meyer. “Movies are more than art,” he continued, “they are also a business. As the world increasingly looks to video for news and entertainment, we see a lot of potential for emerging filmmakers in Central Asia to make careers out of their passion and for the film industry to grow. The U.S. Consulate General in Almaty is proud to be working in partnership to support these emerging filmmakers.”

This year, registered participants will have – in addition to the 48-hour race – access to a series of networking and skill-building opportunities throughout the year.

Screening of all film submissions that meet the competition criteria will take place in April and May across the region. Top films will receive prizes, including the grand prize – three all-expense paid, one-week film-school experiences at the Digital Film Academy in New York (DFA-NYC). President and founder of DFA-NYC Patrick DiRenna said he and the school were very proud and honored to be a part of the 48hfr and thanked the U.S. Consulate General in Almaty for supporting film and digital media in the region.

Last year, the 48hfr attracted more than 1500 participants and received more than 330 film entries, which were shown in cities across Kazakhstan and in Bishkek. Films have also been screened at festivals and events such as the Go Viral Festival in Almaty, the Eurasia International Film Festival, the Baikonyr Short Film Festival, the Almaty Indie Film Festival, Dushanbe My Vision, and the World Nomad Games.

48hfr online registration is open to citizens from all five Central Asian countries 18-years of age or older and is now open through April 4. A media kit is available here and includes useful information about the race such as background, schedule, links to past films, and biographies.