Home Home | News & Events | U.S. Government’s support of the Kazakhstan National HIV Plan is acknowledged by the Government of Kazakhstan 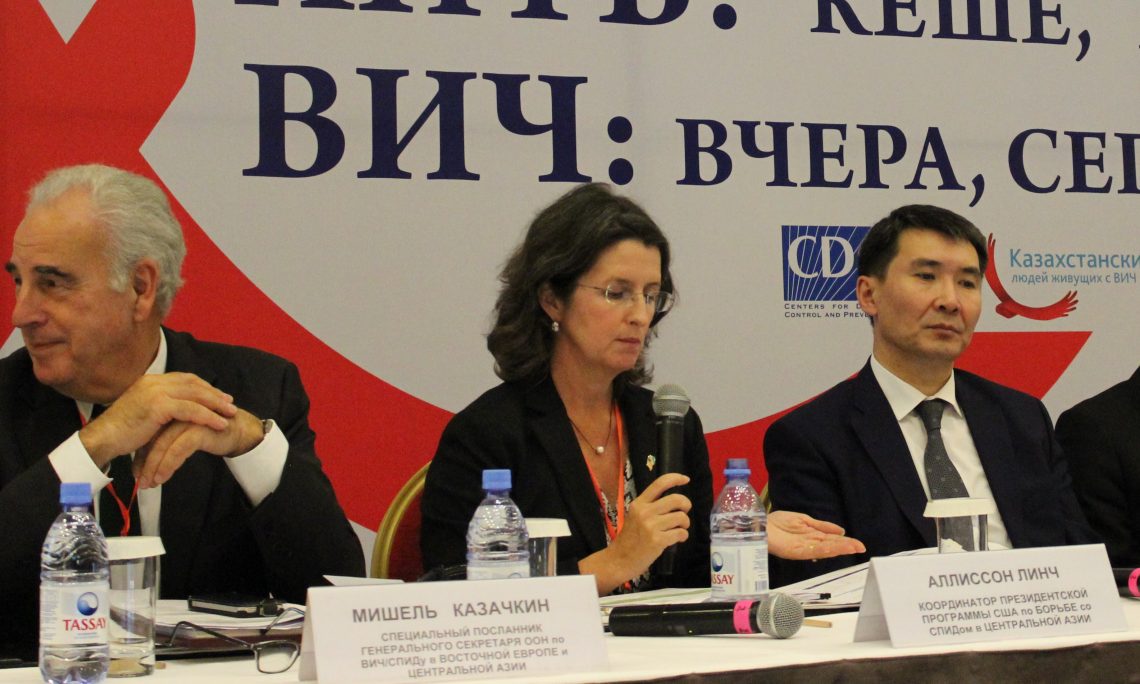 reciation to U.S. Consul General on behalf of U.S. Ambassador George A. Krol on October 12, 2016, during the National Conference on “HIV: yesterday, today and tomorrow.”  Vice Minister of the Ministry of Health and Social Development of Kazakhstan, Elzhan Birtanov, noted the contributions made by the U.S. President’s Emergency Plan for AIDS Relief (PEPFAR) to fight HIV/AIDS as a result of partnership between the Republic of Kazakhstan and the U.S. Government.   PEPFAR has supported the National AIDS Plan in Kazakhstan since 2010 and is focusing its efforts on the regions of Ust-Kamenogorsk and Pavlodar, while supporting national HIV-related institutions as well.