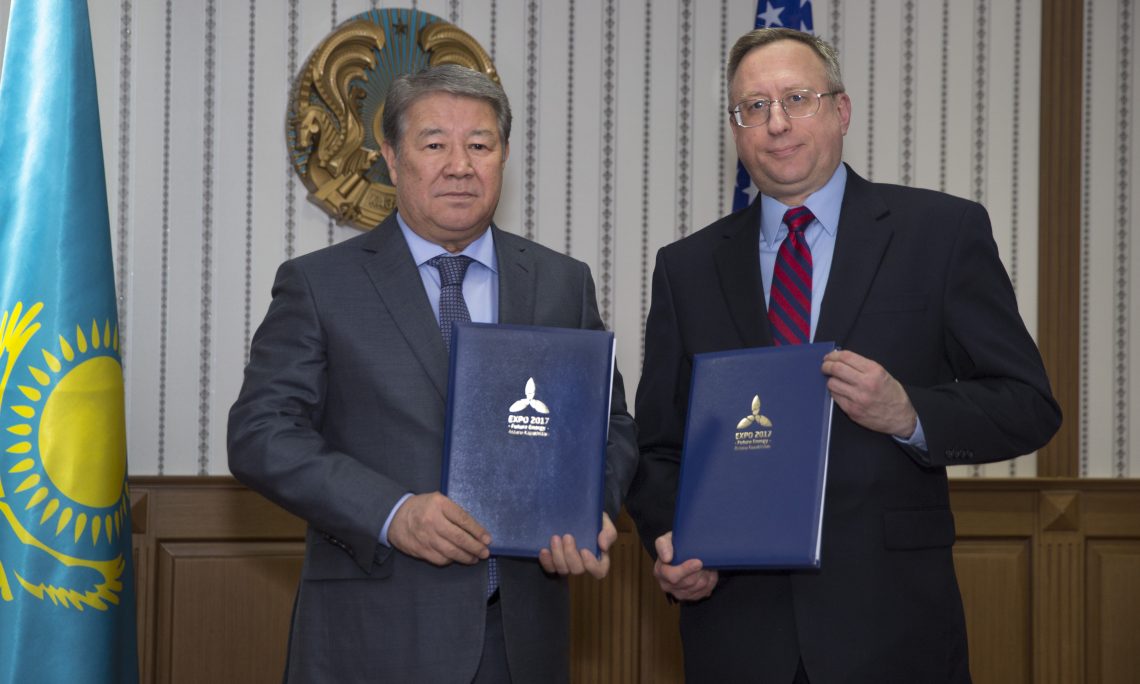 George Krol, the commissar for the U.S. Pavilion, and the chairman of the national company Astana-EXPO-2017, Akhmetzhan Yesimov,  signed an agreement on U.S. participation in the international fair EXPO-2017 during a ceremony in Astana on February 24.  Having signed the agreement, the United States will now start preparing for EXPO-2017 in Astana in earnest, the commissar for the U.S. Pavilion said.

Commissar Krol added: “We are enthusiastic about U.S. participation in EXPO-2017. The theme of “Future Energy” is closely related to the principles of our bilateral relations. There is a lot of work ahead of us related to designing the U.S. Pavilion. In the pavilion, American companies will be able to demonstrate their technological achievements using “infinite energy.”

The company «USA Pavilion» will be responsible for the set up and operation of the U.S. Pavilion during EXPO-2017 in Astana.