Home Home | News & Events | The Defense Threat Reduction Agency (DTRA) has been carrying out a joint nuclear nonproliferation mission with Kazakhstan for over 26 years. 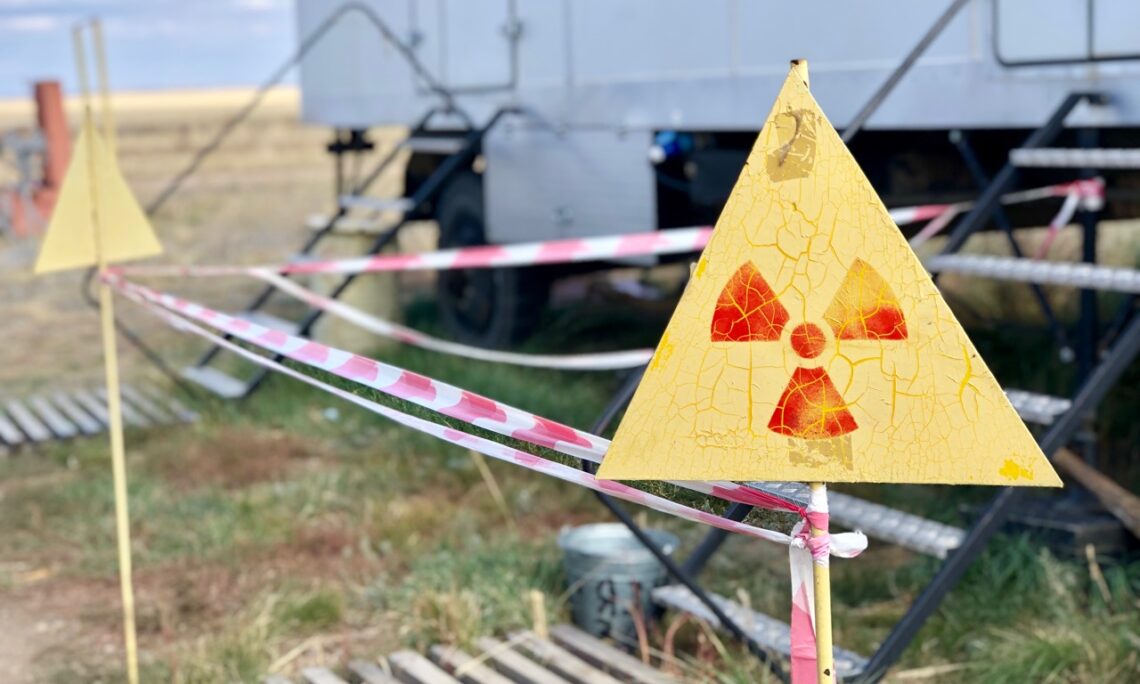 The Defense Threat Reduction Agency (DTRA) has been carrying out a joint nuclear nonproliferation mission with the government of the Republic of Kazakhstan for over 26 years. DTRA’s mission is to enable the United States Department of Defense, the United States Government, and international partners to counter and contain weapons of mass destruction. The current project at the former Semipalatinsk Test Site (STS) in Kazakhstan is an example of the important non-proliferation work that DTRA is doing with allies and partners around the world.

The Semipalatinsk test site dates back to the origins of the Soviet Union’s nuclear program. Founded in 1947 and called “Polygon,” it covers almost 7,000 square miles in the middle of the steppe in eastern Kazakhstan. On August 29, 1949, the Soviet Union conducted the first nuclear test. For 40 years, 456 nuclear explosions were made in Semipalatinsk: 116 above ground and 340 underground.

After the collapse of the Soviet Union in 1991, testing not only stopped, but many scientists and military personnel left the site and left the country. They left behind a vast array of tunnels and wells throughout the STS. Among other things, the Soviets left  unused nuclear material, completely unprotected, posing an extreme danger to the population and a significant proliferation risk to the entire world. The people of the young Republic of Kazakhstan hoped that the new government would solve this problem.

The first president of the country, Nursultan Nazarbayev, immediately declared the Polygon closed. All nuclear experiments that the USSR had left in the tunnels at the Test Site were canceled. The National Nuclear Center (NNC) was established in Kazakhstan on 15 May 1993 in order to properly eliminate the work of the test site. The current director general of the NNC, Yerlan Gadletovich Batyrbekov, said that, after the closure of the test site, a number of questions arose for the NNC.

“It was necessary to eliminate the nuclear weapons testing infrastructure,” says Mr. Batyrbekov. “It was necessary to resolve issues related to the consequence management of testing such weapons. There were many concerns about how to accomplish this large and serious task.”

In the summer of 1994, Kazakhstan was visited by a DTRA American interagency expedition, which assessed the Degelen mountainous region of the Semipalatinsk test site for six weeks. After the Partial Test Ban Treaty was signed in 1963 and nuclear weapon test explosions in the atmosphere, outer space, and underwater were banned, the USSR used the Degelen mountain range for 186 out of 340 underground nuclear tests conducted in Semipalatinsk. In support of the common good, the United States proposed to NNC leadership to quickly and safely close all 186  tunnels used for nuclear tests.

Shortly thereafter, the Republic of Kazakhstan sent an official request to U.S. Secretary of Defense William Perry to consider providing assistance in the safe destruction of nuclear testing infrastructure. Help was provided by the Nunn-Lugar Cooperative Threat Reduction (CTR) program.

A few years after the completion of the initial Mount Degelen project, the NNC began a comprehensive radiological assessment program for the entire Semipalatinsk Test Site. They worked their way from the North side of the site to the South side and identified areas where nuclear material is still present and, in some cases, in concentrations that could be considered a proliferation risk.

DTRA again partnered with NNC to eliminate the remaining risks. In 2013, both agencies agreed to conduct a complete systematic survey of the experimental field where the first nuclear tests were conducted and concluded that there was a lot of work to be done.

Initially, material left over from some atmospheric or ground testing remained evenly distributed on the surface. In some cases, it was possible to dig up these accumulations and transport them for safe storage off-site. In other cases, when the material was less concentrated, DTRA plowed the areas and further diluted it to make it more difficult to detect.

DTRA is one of the largest partners in the history of the National Nuclear Center, not only in terms of financial support, but also in terms of the significance of the ongoing projects that were implemented.

The NNC team continues to conduct a realistic radiological assessment of the territory at the Semipalatinsk Test Site. Today, it is more than 70 percent complete. The entire area will be surveyed by 2021.

It is important for DTRA to maintain relations with the NNC and the government of Kazakhstan. The risk of proliferation has dropped significantly here, but it will never be zero; this is the reality of a former nuclear test site.

“I am very grateful to Kazakhstan for accepting the nonproliferation regime in circumstances that were not ideal for it,” says Mark Gibson, DTRA Nonproliferation Program Manager. “I think our work in the pilot field is a continuation of making the world a safer place.”

In addition to DTRA, NNC works closely with the Department of Energy, namely the National Nuclear Security Administration (NNSA). NNSA, together with Kazakhstan, completed the transportation of 10 metric tons of highly enriched uranium (HEU) and 3 metric tons of plutonium – material sufficient to make 775 nuclear weapons – from the BN-350 facility in Aktau for long-term storage at the Baikal-1 reactor complex located at the former Semipalatinsk Test Site. The NNC and the Mangystau Nuclear Power Complex-Kazatomprom (MAEC-Kazatomprom) played a key role in these efforts.

NNSA partnered with the Netherlands to complete two major radioactive source management projects in July 2019. The two projects, which were funded primarily by the Dutch Ministry of Foreign Affairs and were supported by NNSA between 2012 and 2019, addressed the inventory, registration, and management of radioactive sources at the NNC and MAEC-Kazatomprom. Both organizations belong to the handful of sites in Kazakhstan that provide long-term management solutions for radioactive sources that have reached the end of their useful lives.

These technically ambitious projects resulted in increased safety and security for more than 13,300 radioactive sources at the two facilities. Kazakhstani experts from NNC, MAEC-Kazatomprom, Nuclear Technology Safety Center, and other technical organizations accomplished this work by extracting sources from large, unused medical and industrial devices, characterizing and conditioning them in hot cells, and consolidating them in protective containers for long-term storage.

Radioactive sources must be safely and reliably controlled throughout their entire life cycle, as they can remain highly radioactive beyond their useful lives.

“Thank you to our Dutch colleagues for their support to these important projects. Radioactive source end-of-life management is a critical aspect of radiological security,” said Dr. Brent Park, NNSA’s Deputy Administrator for Defense Nuclear Nonproliferation. “The International Atomic Energy Agency recognizes that sources not in use are at risk of falling out of regulatory control. They can be more susceptible to loss or neglect.”

The NNSA Office of Material Management and Minimization (M3) presents an integrated approach to addressing the persistent threat posed by nuclear materials through a full cycle of materials management and minimization efforts. This work includes the conversion of two research reactors, the IGR and the IVG.1M, from the use of Highly Enriched Uranium (HEU) reactors to the use of Low Enriched Uranium (LEU).

Fresh fuel from the IGR was transported to the Ulba Metallurgical Plant in December 2019. This fuel has now been downblended to LEU. The LEU will be shipped back to the NNC later this year for use in the IGS.

Cooperation in the field of nuclear nonproliferation is one of the priorities in bilateral relations between the United States and Kazakhstan. That is why U.S. Ambassador William Moser has scheduled a visit to the Semipalatinsk Test Site during his first 100 days in Kazakhstan. The trip took place in May 2019. During his visit, Ambassador Moser also visited the low-mountain Degelen massif, where the U.S. government supported Kazakhstan in eliminating 181 tunnels used for nuclear tests to the IGR research reactor, where the United States is helping to convert highly enriched reactor fuel to low enriched fuel.