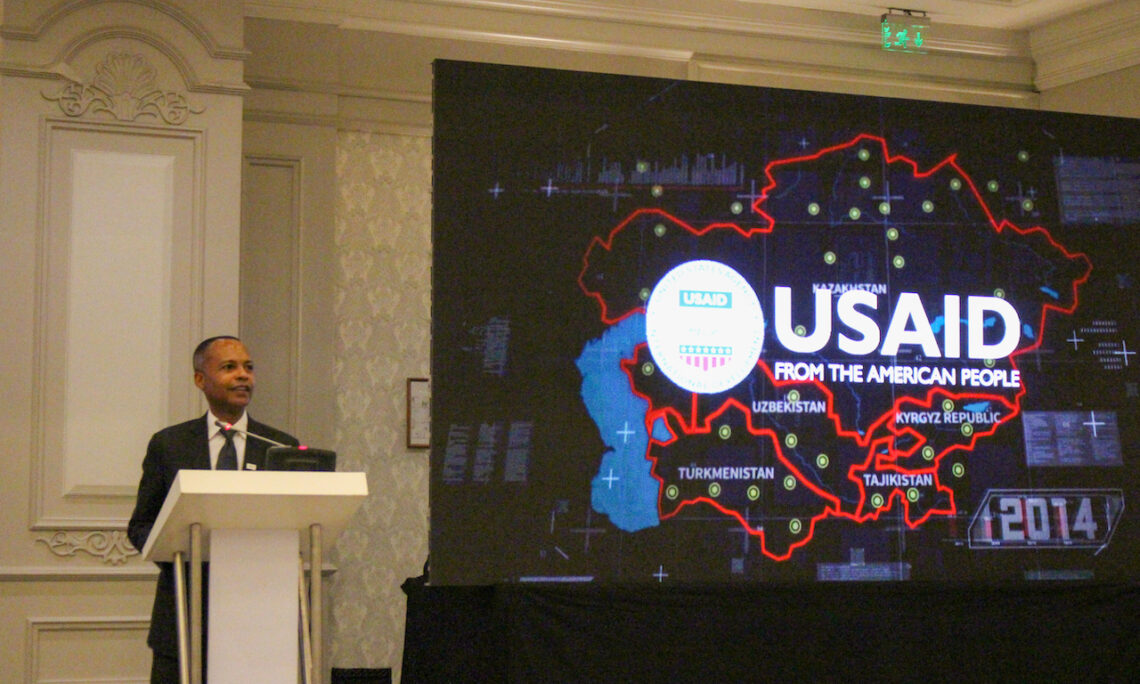 April 18, 2022, Almaty, Kazakhstan – On April 18-19, The U.S. Agency for International Development (USAID) hosted a two-day meeting with Deputy Ministers of Energy from around Central Asia to enhance regional cooperation and strategize on the implementation of a fully functional and sustainable Central Asia regional electricity market (CAREM).

In his opening remarks, Hardy stated, “USAID’s vision for Central Asia is one in which all countries in the region have efficient, clean, interconnected energy systems based on modern and transparent terms and policies and with cost-competitive electricity prices. This is essential for the region’s future and sustained economic growth and prosperity for all Central Asia citizens.”

Following similar virtual events held in 2020 and 2021, this gathering marks the first opportunity for USAID and Central Asian government representatives to meet in person and review next steps to advance the regional electricity market. During the meeting, USAID presented a detailed overview of the status and accomplishments of the CAREM Roadmap and Action Plan and discussed establishment of an Inter-Governmental Council, a key regional institution to coordinate implementation and operation of CAREM. The advanced regional electricity market will enhance the security of energy supply, promote economic growth across the region, and boost power trade. The market will also help Central Asian countries transition to low-emission and climate resilient economies by facilitating the increased trade of renewable energy.

Since 2018,USAID has provided  assistance to establish a Central Asia regional electricity market. A regional energy market will serve as a platform for an expanded Central Asia-South Asia power market that will deploy the lowest-cost power in support of greater economic and social development. USAID is the world’s premier international development agency and a catalytic actor driving development results. For more information about USAID ‘s activities in Central Asia, visit Mission website and Facebook page .