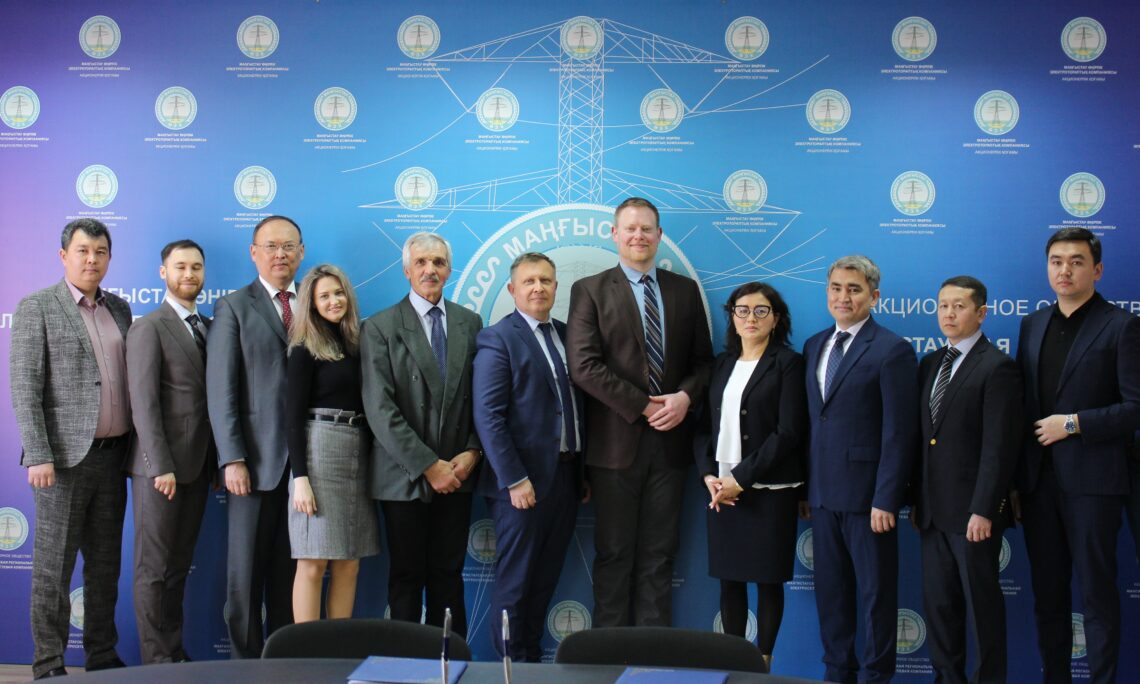 March 30, 2022, Aktau, Kazakhstan – Today, the United States Agency for International Development (USAID)’s Power Central Asia Activity signed a Memorandum of Understanding (MOU) with the Mangistau Regional Electricity Network Company (MRENC), JSC to develop a study on renewable energy (RE) grid integration. MRENC is one of Kazakhstan’s largest distribution companies, providing 90 percent of the electricity consumed by the largest oil companies in the country.

Under the MOU, USAID’s Power Central Asia Activity will help MRENC assess and develop a plan to facilitate greater RE penetration into the Mangistau energy system in line with Kazakhstan’s overall aim to reduce the country’s carbon footprint and reach carbon neutrality by 2060. Technical assistance includes developing a forecast of Mangistau’s regional energy balance until 2035, assessment of technically and economically viable RE penetration in the region, recommended grid upgrades required to integrate RE, as well as capacity building and stakeholder engagement.

Mr. Aydar Makhambet, Chairman of the Board for MRENC, and Dr. Patrick Meyer, Energy Advisor, USAID/Central Asia, opened the MOU signing ceremony. During the event, Dr. Meyer stated, “Through cooperation such as this, The USAID Power Central Asia Activity is providing technical services to the region’s national governments, utilities, power system operators, energy companies, distribution companies, and other stakeholders to support energy transition and decarbonization of the Central Asian power industry – critical steps to mitigating the impact of climate change in the region.”

Globally, the power sector accounts for just over 40 percent of energy sector CO2 emissions, representing a critical frontier of climate change mitigation efforts. Through its work on clean energy, USAID is partnering with the Government of Kazakhstan and other countries in the region to expand the use of modern energy technologies in ways that increase energy access to all communities and leverage private sector investment and expertise in deploying RE.

Over the past decade, USAID has played a pivotal role in laying the foundation for an economically viable market-based regional power system in Central Asian countries. USAID has also strengthened regulatory frameworks to enable RE development, energy efficiency improvements, digitalization of the power sector, and cybersecurity enhancements. USAID is working with a range of local and regional partners to build local capacity, facilitate cooperation, and support market-based solutions from the private sector.