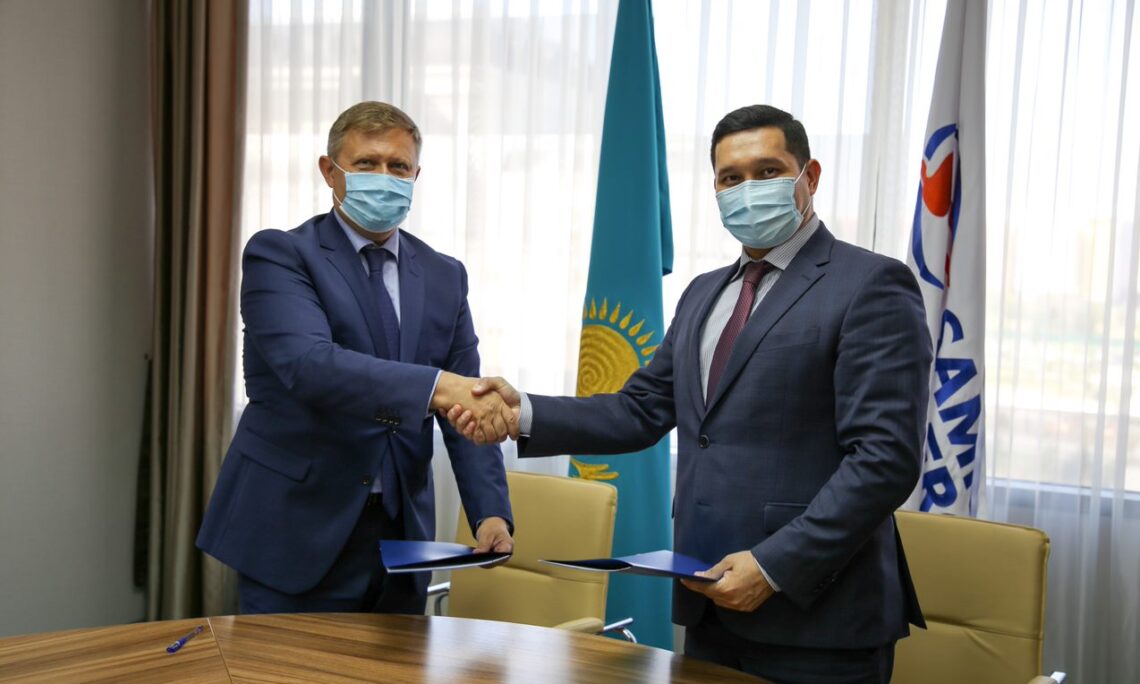 Mr. Ruslan Rakymbekov, Managing Director for Business Transformation, Samruk -Energy JSC and Dr. Patrick Meyer, Energy Advisor, USAID/Central Asia, opened the ceremony. During the event, Dr. Meyer stated, “The MOU being signed today is an excellent example of the United States and a key energy stakeholder in Kazakhstan taking action to mitigate the negative impacts of climate change. Both the Biden Administration and the Government of Kazakhstan have ambitious carbon neutrality goals, which can only be achieved with full support from the energy sector.”

Globally, the power sector accounts for just over 40 percent of energy sector CO2 emissions, representing a critical frontier of climate change mitigation efforts. Through its work on clean energy, USAID is partnering with the Government of Kazakhstan and other countries in the region to expand the use of modern energy technologies in ways that increase energy access to all communities and leverage private sector investment and expertise in deploying renewable energy.

Over the past decade, USAID has played a pivotal role in laying the foundation for an economically viable market-based regional power system in Central Asian countries. USAID has also strengthened regulatory frameworks to enable renewable energy development, energy efficiency improvements, digitalization of the power sector, and cybersecurity enhancements. The USAID Power Central Asia activity is working with a range of local and regional partners to build local capacity, facilitate cooperation, and support market-based solutions from the private sector.