Home Home | News & Events | Voices from Xinjiang: At last my back can meet the mattress 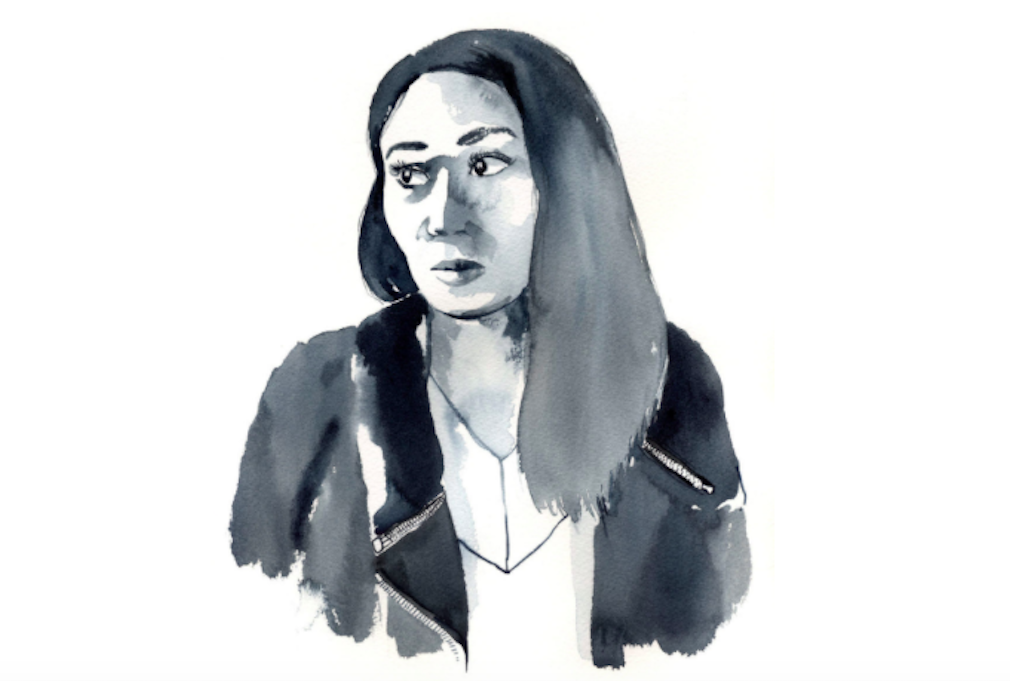 My uncle Raman Zharkyn was born in Zhiek, a small hamlet in Kurty township. His name should be Rakhman. But it was a religious name—forbidden—so my family entered Raman in the ledger. He was a prominent man in our village, and in May 2017, he became the head of Zhiek. On November 20 of the same year, he was taken to a reeducation camp. He was abducted directly from his office.

The reason given for my uncle’s detention was this: Every Friday he’d been going to the mosque in Kurty, the administrative center nearby. At some point, he and a few friends decided to raise money for the building of a new mosque in Zhiek. He and his friends were all arrested.

For seven months after he was detained, he was in a prison under interrogation. He spent those months in a small, damp room, cuffed to a chair, his hands and feet restrained. He wasn’t allowed to lie down. He sat day and night. During his first month in the prison, he was also restrained by a cuff around his neck, connected by a chain to the table. This cuff created an open wound that wouldn’t heal. He developed a fever. At last, they took him to a hospital. They called his brother, another uncle of mine, to the hospital, and that’s how we heard all that had happened to him.

His brother said that when he first came to the hospital, there was a black cowl over Raman’s head. When they removed it, his brother didn’t even recognize him. His hair was matted and uncut. He’d lost weight. The wound around his neck was severe but he was still wearing the cuff. The officials refused to remove it until the doctors insisted that the wound wouldn’t heal otherwise. Only then did they take it off, after securing permission from some higher authority.

After this ordeal, he was sent to a political study camp, where he spent another eight months. But he got sick again and was returned to the hospital, where he was diagnosed with tuberculosis. His mother managed to see him after he was transferred to the camp. It was the first time she had been able to see him. He told her that, compared with prison, the camp was like a home. At last my back can meet the mattress, he told her. His mother has since lost her eyesight. It’s the stress. She’s had two operations on her eyes, and one is now completely blind.

Raman’s wife, my aunt, had been a housewife. When her husband was taken to prison, she went to work as a dishwasher at a restaurant. But she had to quit to take care of her mother-in-law when she went blind. Now they’re surviving on charity.

In March, my uncle was sentenced to three and a half years in prison. My father is worried about the fate of his brother. But his own heart is bad, so we don’t tell him all the news. Only his wife is allowed to meet with him, and then only to bring him his tuberculosis medicine. [Through tears] I don’t think he will be alive by his release date. The conditions there are harsh. The food is bad. That’s the question that bothers us all: Will he be alive by the time he’s released from prison?