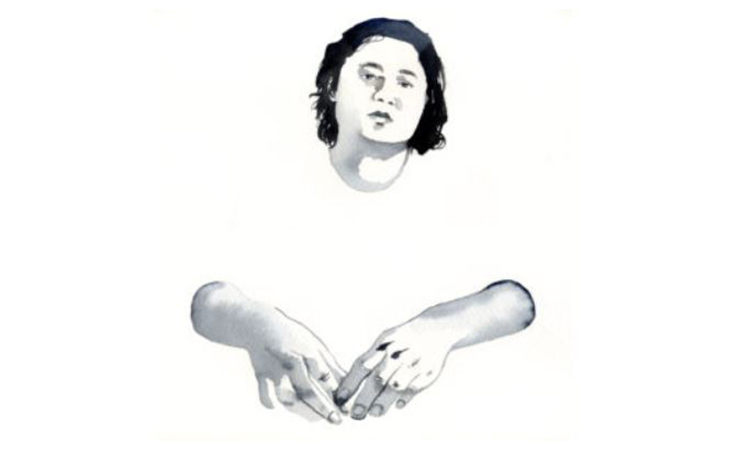 I’ll tell you a story that describes my father well. I met and fell in love with a girl from Kazakhstan. We planned to move there together and get married. I was living in China and we were both teaching at the music school in Ürümqi where we’d met. She was famous, actually, a famous traveling musician, at least in the world of traditional Kazakh music. I’d admired her long before we met. It was a dream to have such a girlfriend!

Before the wedding, when it came time to celebrate the qyz uzatu, the girl’s farewell, we were still living in China. My father is old—he’s seventy now—and in bad health, so in the end he couldn’t come to Kazakhstan for the wedding. But he attended the first wedding, as we call it, the girl’s farewell, and as a gift for my wife-to-be he brought two small books on China’s Main Law and Criminal Law. Now you should memorize the laws of China, he told her. You are married to a Chinese citizen. Both of you must know the laws of China and Kazakhstan. You see, he was so confident in the law, in the Chinese judicial system, but in the end he experienced the full and exact nature of that system—he got it exactly.

Before he retired, my father had worked for the Ministry of Culture. He was an educated man living in a place where the literacy rate was still low, and Chinese script in particular was not widely known. This was in Tacheng, which Kazakhs call Tarbagatai.6 In retirement, he spent his days helping people fill out papers in Chinese. Mostly, they were writing complaints. He wasn’t a lawyer but he knew the laws very well, so he helped people file complaints and petitions with local authorities. That’s just how he was.

With us, he was strict but loving. Education was everything to him. After I was born, he never spent a night outside the home. He was at my side while I studied; my brothers too. He sent the three of us to the Chinese-language school. You have to study, he would tell us. You have to learn calligraphy. He taught us both Kazakh and Chinese script. He devoted himself entirely to raising us. When I first showed an interest in music, he bought the family a piano. If he didn’t have the money, he borrowed it. We never heard a word about money in the house. We were always provided for. As I got older, my father bought me music-studio equipment—nothing big or fancy, but it was still an expense. We weren’t rich. Somehow he got the money.

I left home when I was nineteen and drifted, as musicians do: Ürümqi, Beijing, Shanghai. In 2014, I met my wife, and we came to Kazakhstan looking for jobs. My father had never traveled anywhere, but when I told him we were moving, he accepted it. You know your own mind, he told me. It’s your life. As I said, he didn’t attend my wedding, but when my child was born, in 2016, he came, even though he was already in bad health. He had no teeth, and his legs were fractured everywhere. He suffered from cirrhosis, heart disease, arthritis. He could barely walk. Even now, I don’t know his feelings. Did they want to move to Kazakhstan? Stay in China? Should I have suggested it? I know they were afraid. If they died in Kazakhstan, would their relatives be able to attend the funeral? I regret that I never asked my father if he wanted to move here, but people in our town weren’t used to speaking openly about Kazakhstan. It’s considered almost treasonous in China to discuss it—to talk about leaving. I only ever talked with my two brothers. I urged them to come here. As for my elder sister, she’s married to a party official. Her husband doesn’t want to move.

In March 2018, I had just become a Kazakh citizen. Every day, I’d send my mother a picture of our daughter on WeChat. That was how we kept in touch. Gradually, her messages became less frequent. Of course I’d heard that Xinjiang was getting difficult. I suspected this was the reason for her silences. That month, she removed me from her WeChat contact list altogether. I asked my brother why. I called him on video chat. He was visibly upset but couldn’t cry. It’s difficult here, he said. Not like before.

I was afraid local authorities might not treat my father well. He was a thorn in their side, helping neighbors write complaints. Before I hung up, I told my brother to let me know if anything happened.

The complaint that finally did him in was about a murder. A man named Zhumakeldi Akai was beaten to death by security guards at a reeducation camp. They took his body to his home to be buried. He had awful wounds. His wife came to my father. She wanted to make a complaint. They killed him, she said. She begged him to help. So my father wrote a letter to Beijing, but the letter never left the prefecture. The local authorities confiscated it. They paid my father a visit. So, they said, you want to blame us for this death before our superiors?

This information came to me through different channels. I’ll tell you exactly how, but I don’t want you to write it down. I don’t want the authorities to close these channels, and I don’t want the people helping me to get in trouble. In short, my family members were all detained right after my father wrote this complaint about the murdered neighbor. Someone—I don’t want to say who—told me soon after it happened.

But even before I was told, the night before their arrest, I had a bad dream. My heart was aching. I saw security guards following me, trying to catch me, and in the dream I had a thought: What is going on at my house? When I woke up, I knew something had happened.

As soon as I got the news, I called my sister in Ürümqi. Even with her husband’s status, she didn’t know anything. But she called our aunt and confirmed they were detained. I began to gather information from different sources. I called everyone I knew. In some cases, I don’t want to say their names. They’re still back there. These days, everyone knows about the weather code, so no one uses it. If I said that it was getting warmer, those listening would know what I was talking about. I have a different code. I don’t want to say what it is. But I have a code I use.

Eventually I got the whole picture from different people, some of whom had been detained with them, others who lived nearby or who heard secondhand. First, they detained my father and my two brothers. They did it without any warrant. They just disappeared. My mother went to complain to the local district authorities. She asked them for an explanation. The officials were happy she’d come. Ah, good, you’ve brought yourself in, they said, and detained her too.

After several months, my mother and brothers were released from the camps, but my father was taken somewhere else. He vanished. In the absence of any news, my wife compiled four invitation letters—the letters you write to bring family members into Kazakhstan—and sent them to the local council in my father’s village, if only to get some information about his fate. This January, we finally got a response: a letter stating that in October 2018 my father had been convicted to twenty years in prison.

Now I don’t know if he’s alive or dead. We didn’t get any information about the trial or any crimes he had committed. Not even my mother was aware of his sentence. All I know is that he’s no longer in the local prison where he was being held. I expect he was transferred to a place for people with long prison sentences. But he can’t eat, as I’ve said. Even in the local prison, they served him only stale bread and hot water. People who shared a cell with him there told me they would wet the bread in the water and feed it to him. He was handcuffed; he has no teeth. Without their help, he would have starved to death. [Despairingly] I don’t know—probably he already died.

I’ll tell you something else. My father was tortured. I can’t tell you where I got this information. It came from a prisoner who was released, and who managed to escape to Kazakhstan. There are many people like this. Most of them are simply in hiding. They don’t reveal what’s happening, because they’re afraid. This particular informant lives in Kazakhstan but won’t do an interview himself because his daughters are still in Xinjiang. I communicate mostly with people like this, often people I know personally from back in China. I know I can trust them. I don’t want to spread rumors or exaggerations. First, we should find the facts, what the reality is.

Now my brothers and mother are home, but a camera is installed in their house, watching what they are doing. I know they suffered in the camps. I am ready to die for them, and for my father too. I’m not sleeping. I cry. Men aren’t supposed to cry, but I cry. Twenty years? It’s a death sentence. And why? If there was an error in the last complaint he helped write—show me the error! My father was arguing that this man’s death was against Chinese law, which was not written by me or my father or any Kazakh. It was written by the government. It should not be subverted. Law is not like physics or mathematics—it’s not confusing. What it says is clear. We can understand it. It should be followed. My father did not break the law. He was following the law. It’s the authorities who are violating it. And now my family is back in China, but my father is nowhere.