Home Home | News & Events | Voices from Xinjiang: We trusted what the officials told us 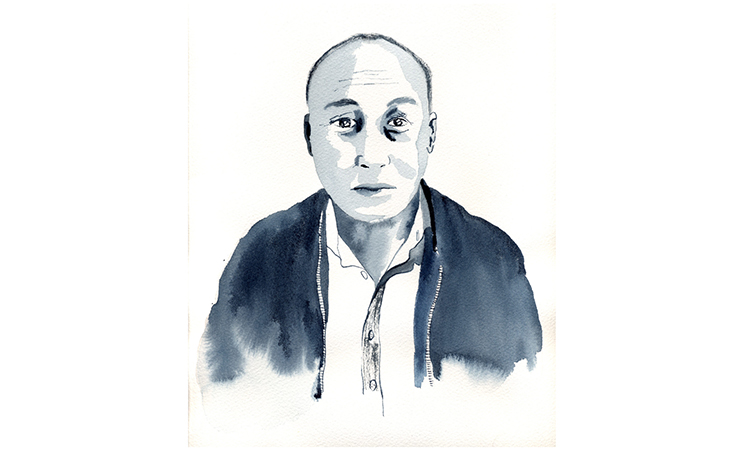 That’s my family in the pictures. My wife and our three children. It’s been two and a half years.

Here, this is our daughter Ulnur. She’s thirteen. She likes—I remember—she likes painting. She did well in school painting this and that.

This is my daughter Gulnur, born in 2008. She was talented in mathematics. I remember when she was in second grade, she was solving equations easily without a calculator. They were good sisters, the two of them. They got along.

Their brother, Yernur, was born in 2010. He was seven when he left for China with his mother. He’s started school now.

In 2014, three of us came to Kazakhstan together: my young wife and our youngest kid, our son. My two daughters didn’t have passports. Passports aren’t normally issued to school-age children where we lived. There’s a long process to get them. Our daughters stayed behind with my wife’s parents while we made arrangements to bring them to Kazakhstan. We visited them often in China. My wife kept her Chinese citizenship so that it would be easy for her to work on bringing our daughters to us.

The authorities called my wife’s parents in February 2017 and told them to inform us that we could now apply for our daughters’ passports. My wife went to China with our son. Our daughters did get their passports, in fact. But the authorities took them away almost as soon as they were issued. And they took my wife’s and my son’s passports as well. We’ll check your documents, they said. In a week’s time, we will give them back to you. Maybe she should have left then, with all our children, without telling anyone, in those first five days when they still had their documents. But we trusted what the officials told us.

In the days that followed, my wife went to the police station three times. On her third visit, they reprimanded her. If you come one more time, they said, we’ll send you to political study. Now even if I tell her to go, she refuses. It’s been two and a half years. They’re living with my parents. My oldest daughter, Ulnur, is no longer there. The authorities put her in a student dorm in a boarding school. They’re doing it all over the region in order to divide minority students among many schools. There are too many Kazakhs where my parents live. She comes home only on the weekends. Even if she’s sick during the week, she can’t come home; she can’t call anyone. In the fall, the same will happen to Gulnur. She’ll be taken to a boarding school somewhere.

As for my wife, she’s been made a guard at a bank. They trained her and gave her a uniform. Otherwise I don’t know the details of their lives. My wife won’t say. She’s afraid, most likely. She won’t even tell me what she makes. Probably she works for free. She kept her Chinese citizenship only to make it possible to help our daughters. We never thought it would become impossible to leave.