Home Home | News & Events | We Are at a Crossroads 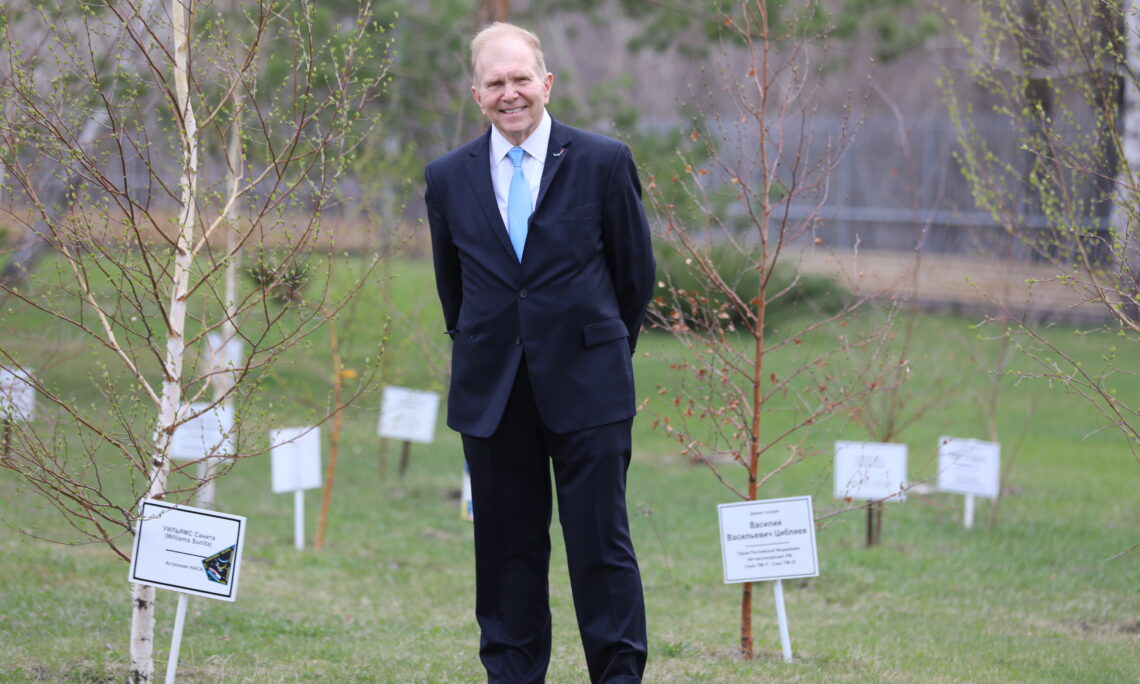 World Environment Day, celebrated globally on June 5, is an opportunity for us to pause and reflect on the health of our planet.

The race between the demands of a growing population and a changing climate has led us to a stark choice: we either transform our relationship with nature or face a catastrophic future.

Central Asia is on track to exceed 100 million people by 2050. With growing economies and a youthful population, the region’s demand for water, food, and energy resources is growing at an unprecedented rate. But these human demands must not overshadow the need to minimize ecosystem degradation and promote restoration.

Proper environmental management is important for Central Asia in order to save the Aral Sea from extinction. In its prime, the Aral Sea was the fourth largest lake in the world but today is just one-tenth its original size. A prosperous fishing industry has collapsed and the health of people and livestock living nearby are adversely affected by intense sandstorms that lift and carry fine dust, salt, and pesticide residues throughout the region.

Before the disaster, the economy of the Aral Sea region was centered on animal husbandry, agricultural production, and robust fishery. The region today supports nearly 35 million people, including 3.5 million people living directly in or adjacent to the former seabed. The combination of social, economic, and environmental problems has forced many to leave the region.

But recent changes suggest Central Asia can play a leadership role in environmental preservation. In January 2021, President Kassym-Jomart Tokayev signed Kazakhstan’s new Environment Code into law. The new Code aims to improve the country’s environmental practices and included new climate adaptation articles that the U.S. Agency for International Development (USAID) helped Kazakhstan’s Ministry of Ecology, Geology, and Natural Resources to develop. Through its support for the adoption and implementation of climate legislation, the U.S. government remains committed to partnering with the Government of Kazakhstan to demonstrate a successful climate adaptation model that can be replicated across Central Asia.

USAID and many development partners are collaborating with governments in the region to implement a range of ecosystem restoration projects in the Aral Sea. There is a long road ahead, but examples of efforts from around the globe suggest that we can heal our planet in a meaningful way.

As the United States Ambassador to Kazakhstan, I am proud to say that the Biden-Harris Administration has elevated climate as a core priority for U.S. foreign policy and national security. Some of you will remember former Secretary of State John Kerry, who has been a friend of the region for three decades. Under the new administration, he is the U.S. Special Presidential Envoy for Climate. In this new role, Mr. Kerry has given high priority to restoration of the Aral Sea and to successful management of transboundary water resources.

USAID is currently taking stock of previous Aral Sea ecosystem restoration efforts to identify best practices and lessons learned in preparation for a restoration effort that will begin later this year. USAID will aim to strengthen regional cooperation on the management of shared water resources for improved stability, economic prosperity, and healthy ecosystems across Central Asia and Afghanistan.

While today the situation in the Aral Sea seems desolate, there is cause for optimism. Our combined efforts to restore the Aral Sea’s ecosystem can lead to a more prosperous and sustainable future for the citizens of Central Asia. The United States is proud to support Kazakhstan in these efforts; we share one planet, and it’s up to us to take care of it together.

To everyone taking a few moments to read this I wish you a happy World Environment Day!