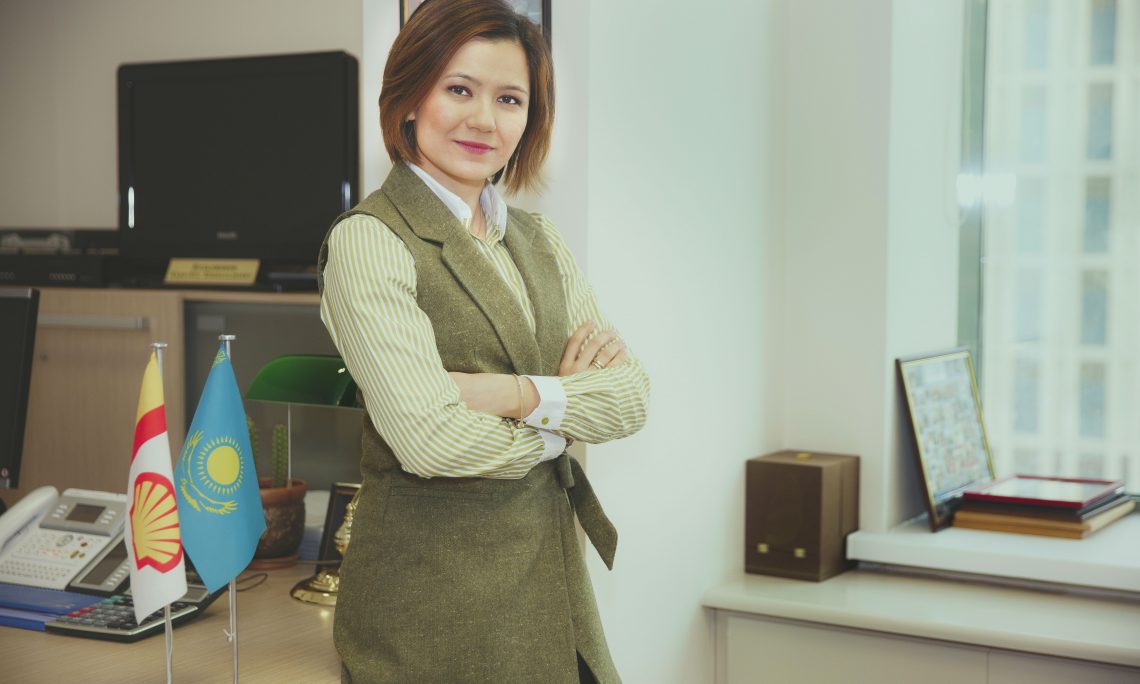 WOMEN BUILDING BRIDGES BETWEEN THE UNITED STATES AND KAZAKHSTAN.

I spent a year at a school in г Kerrville, Texas on the Rotary Club cultural exchange programme. Government and External Relations Manager with an overall responsibility for government relations, external and internal communications, and social performance of Shell Kazakhstan in March 2016 following Shell-BG combination. Since 2013 worked at BG Kazakhstan as Vice President Sustainability and External Affairs with a similar portfolio of responsibilities.

Prior to joining BG, Mrs Bakenova served as the Director of Kazakhstan Foreign Investors’ Council Association (KFICA) chaired by President of the Republic of Kazakhstan representing the foreign members in the Foreign Investors’ Council. During her tenure at KFICA, Mrs Bakenova was responsible for organizing three FIC Plenary Sessions and coordinating the activities of the FIC Working Groups in cooperation with senior government officials.

Her background also includes an advisory role at UK Trade and Investment Office of the British Embassy in Astana supporting UK businesses both already in-country and those wishing to establish here.

Graduated from the American University in Bulgaria majoring in Business Administration with minors in Applied Economics and Fine Arts.

American liberal arts education opened doors into the western corporate world to me – I’m now in a senior leadership role in a giant energy company with enormous impact on my country and its development having an opportunity to make a difference for the people of Kazakhstan.